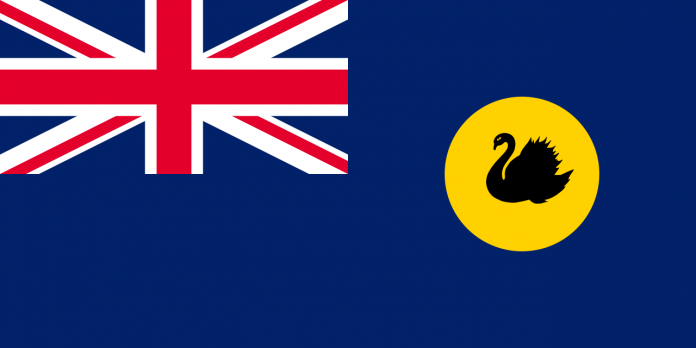 While West Australians are flagging ways to lift Perth, now could be a good time to re-examine our State flag.

The flag is ok, conservative, respectable and has served its time. But a bit boring? Its blue colour is brilliant but similar to all other States as well as the national flag.

Then there’s the Union Jack. Which, to Republicans, is like waving a red flag to a bull.

We want to make the great State of Western Australia distinctive. As a modern, progressive and wealthy State with much to offer tourists and the world, let’s show our creativity.

Forget the heated debates or radical attempts to throw out the old. We haven’t matured sufficiently if we can’t have rational reviews. There will always be dissenters, especially in the growing ranks of seniors.

Perhaps the flag can be tweaked with a stylised swan. Perth Mint’s classy overhaul includes a stylised Swan (pictured left) as its symbol. It’s tasteful, artistic and worthy of symbolism. The stylised Swan gives us another viewpoint.

Consider the history of the State flag.

The flag consists of a Blue Ensign defaced with the badge of the state. It was adopted in 1953 as a replacement to a similar design used when we were a British colony.

The direction of the black swan was reversed to follow convention. All the other five Australian States were handed blue ensigns and State badges.

When all State flags and the national flag are flown together, WA’s flag is sixth in order of precedence, indicative of its position on the Commonwealth Coat of Arms.

West Aussies have the right to feel we are at the end of the chain in Australia. And not for the first time, brought again to the surface by WA’s stand with the feds and other States over the pandemic.

In the inevitable drift towards becoming a republic, the days of the Union Jack in the new independent nation are numbered, anyhow.

Our flags will need review. Do we again follow the other States and the Commonwealth and be sixth in order of precedence?

To make changes doesn’t mean spitting in the face of Britain and our colonial past. It reflects moving with the times.

It will be a brave government to tamper with a State’s sacred symbolism. But a brave approach and strong leadership is what is needed to lead our progressive forces forward.

It might be seen brave even for a commentator to publicly raise the subject: “Change our flag? What for?”

But maturity requires revision, reviews that reflect a changing world and changes that will carry us forward.

Others might see a changed flag as just minor symbolism. But such a change would reflect a modern-minded and motivated community.

There would be heavily-divided opinions on the change, on the flag’s design and on the timing.

For the people, for the government and for our city leaders, it would be an important part of the debate that is already underway on how we want to see ourselves.

Next month, our State’s faithful flag has its 168th birthday. It has served us well.

Nominate now for the 2019 Australian of the Year Awards

Stargazing in July in Western Australia