WESTERN Australian Museum scientist 90-year-old Loisette Marsh has launched her magnum opus – Field Guide to the Seastars of Australia. The book details the 86 species of seastars from nine different genera that are unique to Australia as well as seastars found here and elsewhere.

Ms Marsh joined the Museum’s Department of Marine Invertebrates (Zoology) in the 1960s. She retired in 1993 but continued her research.

She is one of only two Australian specialising in echinoderms. Echinoderms are of marine animals, the adults are recognisable by their radial symmetry, and include seastars (commonly known as starfish), brittle stars, sea cucumbers, sea urchins, sand dollars, and crinoids.

WA Museum CEO Alec Coles said: “Loisette has painstakingly captured some 60 years of research, knowledge, and understanding of WA’s massive coastline in this one field guide.”

“My fascination with the marine environment began as a young girl beachcombing along the shoreline of where we lived near the city of Victoria on Vancouver Island, Canada,” Ms Marsh told Have a Go News.

“As I was an only child, I would amuse myself by fossicking along the rocky shoreline. In the tidal pools I would see little seashells, green anemones, colourful crabs and purple seastars clinging to the rocks. Spying interesting animals interacting with each other in the rock pools was an endless source of entertainment. The large purple seastars clearly made an impression upon me.”

Loisette scuba-dived from 1958 to 1994, and has dived, snorkelled and reef-walked on coral reefs from the Tuamotos to Mauritius. In WA she participated in dive surveys of Western Australian coral reefs, from the Abrolhos to the Kimberley, the shelf edge atolls, as well as Christmas and Cocos (Keeling) Islands.

“I certainly enjoy scuba diving – especially in remote places such as the Rowley Shoals 300km off the Kimberley coastline. When diving in remote locations, the clear water, pristine coral colonies, the abundance of shells, and the prolific number of large tame fish is always exciting to see. Being able to sit quietly observing organisms without having to rush to the surface for a breath of air is a big advantage when studying marine life.”

Like many marine animals some seastars are under threat. Loisette explains the importance of seastars in marine ecosystems.

“Any damaged ecosystem risks losing their unique suite of species critical to the survival of that particular ecosystem.

My fascination with the marine environment began as a young girl

“There are two species in Tasmania that are under threat from ocean warming as there is no habitat further south for them to move to. There is also a northern hemisphere species of Asterias that is threatening ecosystems in Tasmania.

“The crown-of-thorns seastar is also a threat to coral reefs. It only becomes a threat when the ecosystem has been upset. Overfishing, shell collecting, and pollution all play a part in upsetting a marine ecosystem.

“Seastars play an important part in any ecosystem – from eating weed that could choke up the ecosystem to eating rotting animals on the seafloor. Without them, ecosystems could easily become imbalanced.

“My interest in taxonomy has enabled researchers to identify the organisms in an ecosystem. Without it, it would be difficult to do any meaningful research and with the environment coming under threat for many reasons, studies on the health of the ecosystem and the health of seastar populations will be a necessary activity for many years to come,” she said.

And what does the future hold?

“I hope to continue swimming for as long as is possible. This year I did go snorkelling to have a look at the seastars off South Beach Fremantle. At the age of 91, being buffeted by the surf is a real danger and the cold water is a bit intimidating, but I still enjoy going for a swim when the weather is nice.” 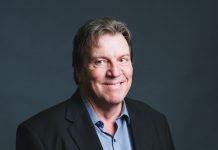 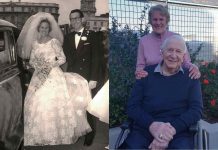 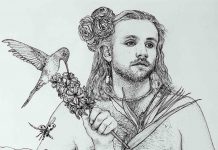 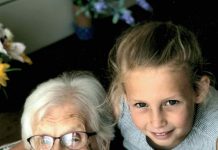 100 reasons for Grace Alexander to celebrate… 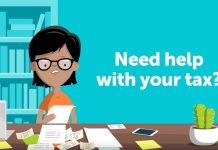 Planning to live your life, your way, to the very end...

Kindness in the community amidst the coronavirus