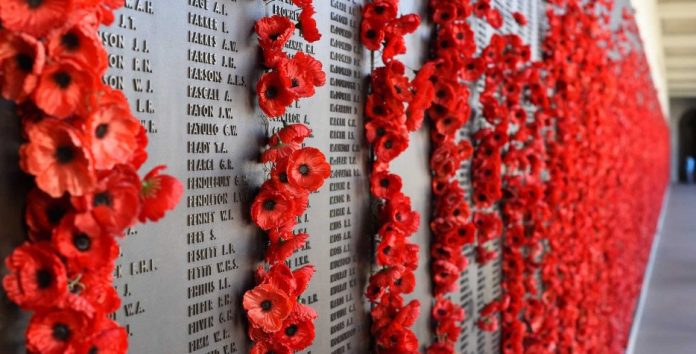 Since joining Mandurah military historian Sandra Playle to help her build a database of soldiers and nurses who left WA to travel and fight World War I, Bibra Lake woman Diane Macpherson says the rewarding work has opened up an interesting history of our then young State.

“It has given me a deep appreciation of the ANZAC traditions we now all cherish and commemorate on April 25 each year,” Diane says.

Sandra Playle, a World War I specialist who is well known in the military history field nationally and overseas, is seeking the voluntary assistance of older people with some spare time to help her ongoing work compiling the database after putting out a similar plea in 2018.

“Yes, it did take a little practice along with some computer skills and the ability to patiently read and pluck out the required information from the individual soldier’s files to fit into a specially designed database,” Diane says.

“Copious easy instructions are available and Sandra is on hand to guide and suggest improvements. I manage to be at my computer and work my way through the assignment list for a couple of hours or so a day.

“This is a very important project and the finished product will provide future generations with a more precise history of our own State’s contribution to the eventual ending of World War I.

“I especially found, apart from extracting the required information, that it was fascinating to read of the process each person went through, where they enlisted and then embarked overseas. In each file is usually the person’s full military history and obviously written on the ground as events happened.

“These included where and when they fought, were wounded or had leave and eventually, hopefully returned to WA. Of course, also the very sad stories of being killed in action and so many times there is no known burial site.

“They are, we know, in foreign soil but certainly remembered in the many memorials and beautifully maintained cemeteries located across France and Belgium. Other information often includes the giving of campaign medals and specially the various but rare medals for bravery and other acts of gallantry presented by King George V.”

Diane says many personal stories are also to be found in the World War I files of men and women, their occupations often not found today such as a camel rider and a teamster to manage horses.

“There are also heartfelt letters from mothers or wives enquiring about the health of their boys, especially if they had not heard from then in a while. Further research on our part will often complete the database by finding where and when those who did not return home died and are buried.

“These grave sites are so important in our history and it is with reverence that they should be maintained.

“It is not hard to imagine the busy comings and goings of ships in Fremantle harbour taking and bringing home the men and women throughout the war years, up to the early 1920s. They then had to fit back into a new life… but I guess that is another story.

“I do recommend that if anyone is interested in this special time in our history, please contact Sandra and give it a go, your efforts will certainly be appreciated.”