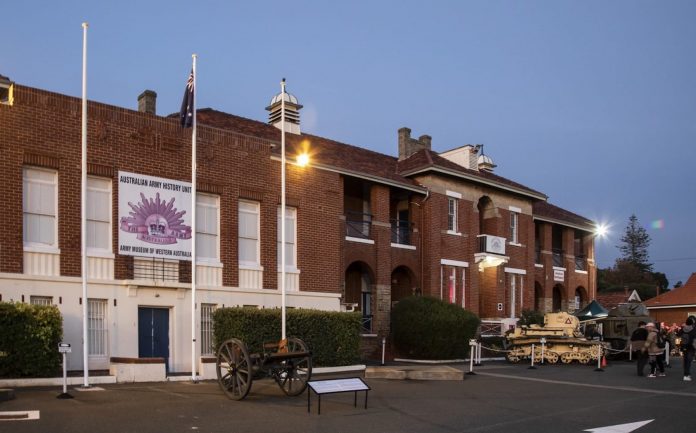 School holidays always present a problem for parents, what can we do to keep kids occupied and more importantly, interested in something other than playing with their screens?

Often this dilemma falls to grandparents to solve. One solution is to make use of the excellent museums in the Perth area. I have selected six that provide an avenue for keeping your charges interested for many hours.

Three are government run and three are staffed by volunteers, resulting in quite modest entry fees which becomes important if multiple children are involved. Also, seniors’ discount is available at all the sites.

Boola Bardip means many stories in Whadjuk Nyoongar; the Country on which the Museum sits, and WA Museum is a place to share Western Australia’s many stories. The names we give to places express their significance, history and identity.

The Museum’s iconic blue whale skeleton, which many people will remember from childhood visits, has been given the name “Otto” and suspended in a dynamic lunge-feeding diving pose in Hackett Hall.

Thousands of items from the Museum’s collections have been displayed in new and innovative ways, with exhibitions and experiences featuring stories from all around Western Australia.

The new multi-media and interactive displays are a great hit with the youngsters, and during both weeks of the holidays, a wide range of events will be available for kids to learn, explore and express their creativity.

Another activity not to miss is Kids Flicks with Boola Bardip teaming up with Revelation Film Festival to deliver two days of films and shorts that the whole family will love visit.museum.wa.gov.au/bool abardip/kids-flicks-revela tion-film-festival

Perched on the edge of the Indian Ocean, the WA Maritime Museum is symbolic of Fremantle’s past, present and future as a coastal city and port.

During the holiday fortnight, young ones can get crafty with collage and organic textures to make a fabulous papercraft headpiece inspired by the masks of the Torres Strait Island peoples. Or take inspiration from the hard-shelled heroes of the sea, as they make turtle kites and a cute turtle paper puppet.

The WA Shipwrecks Museum is internationally recognised for its contribution to maritime archaeology and shipwreck conservation.

Journey through its galleries to learn about Western Australia’s treacherous coast, first European encounters, the riches of maritime trade and one of the deadliest mutinies in history.

Located on Whadjuk Nyoongar land, the Museum is housed inside Fremantle’s historic Commissariat buildings. Originally built to store the food, clothing and building supplies of the Swan River Colony, these buildings are among the first Western Australian sites built using convict labour.

During the holidays families can use their detective skills in a treasure trail, by exploring the Museum and finding the treasures hidden in various locations; visit the Cabinet of Curiosities to see a collection of strange and marvellous things that please the eye and delight the imagination, before crafting their own Tiny Treasures display box to show off and store some of their own treasurers.

The Aviation Heritage Museum’s collection includes a large range aircraft, some commemorating the efforts of Australian airmen in the defence of the country, some reminding us of the long history of aviation in Australia.

On display is a remarkable collection of exhibits including one of the few World War II Lancaster Bombers on show anywhere in the world.

However, the big excitement at the museum is the acquisition of a Tornado GR4 military Jet not long out of service in many nations. This is truly an incredible addition to the already impressive collection of exhibits which includes helicopters, aircraft engines, communication equipment and historical photographs.

There are special school holiday activities for children of all ages and a well-stocked shop to reward your charges, (or yourself) on the way out. Seeing these great ‘planes closeup will excite youngsters and adults alike.

I don’t think it is too much of an exaggeration to say that most people are fascinated by steam locomotives and the romance of old-time train travel.

The Railway Museum is situated in Bassendean and is operated by a dedicated group of volunteers. Development of the area and the exhibits never stops. There are currently 50 locomotives, carriages and freight rolling stock on display within the site with other vehicles at the rear of the Museum awaiting restoration.

Children are free to climb aboard, stand on the foot plate and pretend to drive these iron monsters or you can make your way down the corridors of the old carriages and get a firsthand feel of what it was like to travel in West Australia in the early days. The photo and selfie opportunities are endless. Cool drinks and water are available on site. During the school holidays tea and coffee can be purchased at the model rail shed or bring your own picnic lunch to have in the undercover area.

As well as the full-sized exhibits, there is an impressive model rail layout to delight the children, especially when Thomas the Tank Engine and his friends make an appearance.

The admittance charges are very modest and as with most museums, there is a shop where you can buy something to remember your visit.

The museum was opened in 1977 in historic Dilhorn House, Bulwer Street Perth, but relocated to the Artillery Barracks site in Burt Street Fremantle in 1995. The Museum strives to offer diverse, informative, engaging, and interactive experiences for its visitors. It is the perfect place for grandparents to spend quality time with their grandchildren and enjoy a memorable, immersive learning experience in a rich educational environment.

Through interactive exhibits and hands-on play, children and grandparents can take ownership of their own learning and develop and explore their own curiosities. The museum is the perfect place to share an intergenerational learning experience, opening a world of imagination and exploration.

Notable collection items include four Victoria Crosses, medals belonging to Sister Alicia Kelly and an extensive collection of photographs and other memorabilia.

The Army Museum has an extensive collection of military vehicles, including tanks and trucks, as well as artillery field guns and heavy mortars. You will be shown around the exhibits by guides which further enhance your experience at this wonderful museum.

The hills come alive in October for the annual festival…