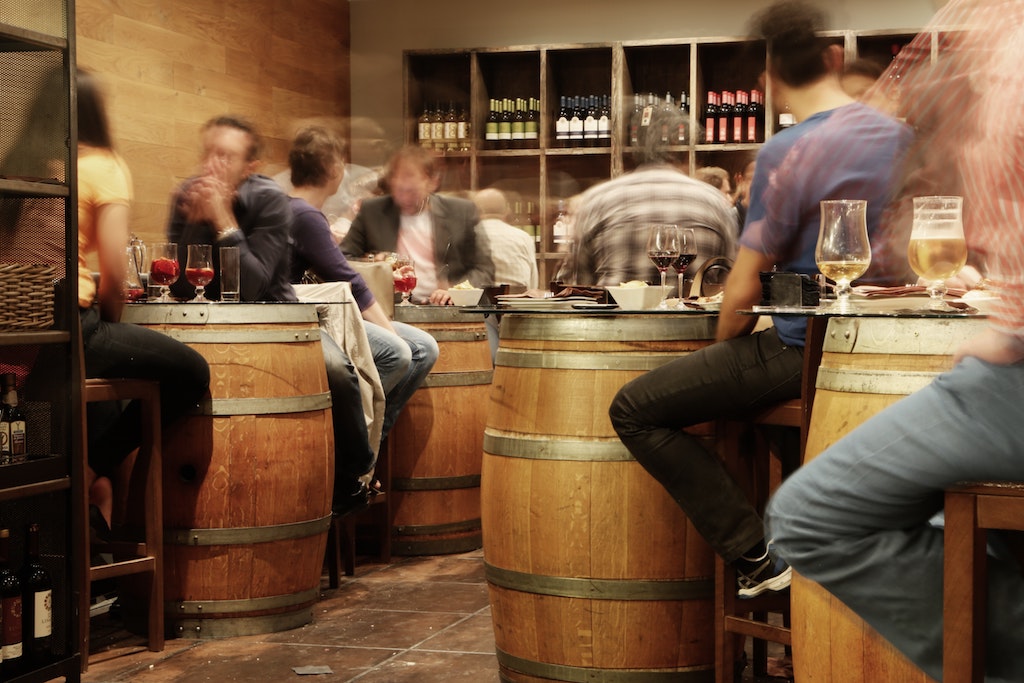 ALCOHOL we know, is causing irreparable damage to people, societies and even nations.

Yet booze issues, like smoking, can be tackled steadily over the years to leave societies healthier and happier.

Only a brave commentator would advocate a blanket booze ban.

Many people enjoy a drink and drink responsibly.

But for society to continue to tolerate the level of grog-inflicted damage is unacceptable in the modern era.

Too many women – and men – have been bashed, too many kids assaulted, too many relationships ruined, too many killed on the roads, too many jobs lost, too many opportunities wasted and too many put in hospitals and graves.

The average Aussie puts away the equivalent of five beers, a bottle of wine, three mixed drinks and half a cider every week.

Some months back it was reported that alcohol consumption was up in Australia.

The average person over 15 was knocking back 9.7 litres of pure alcohol a year.

About 1.7 billion litres of beer is swilled and swallowed in Australia a year, equal to 670 Olympic-sized swimming pools.

If all Australia’s alcohol consumption was translated into beer, Australians would be downing 680 bottles of beer per adult per year.

The equivalent of 3.2 billion ‘shots’ of spirits go into rum and cokes or gin and tonics.

And West Australians were the biggest drinkers on average (Torrens University study) with 20.3 per cent, or one in five, drinking more than two standard drinks a day.

Does anyone recall when a certain government was going to introduce only light beer to official and government department functions?

Turned out a fizzer. Sank without a trace.

Also, why do we continue with the ridiculous practice and privilege for plane passengers to load-up with bottles of duty-free booze?

Passengers over 18 can each bring up to 2.25 litres of cheap booze (liquor, wine and champagne) into Australia, duty-free, following an ancient practice that dates back to shipping.

Strong spirits are so mightily discounted that people who don’t usually have the spending power to buy them, jump at the chance to load up after flying. And often with commercial-size bottles of spirits.

If we are genuine about combatting boozed drivers on our roads (who die or kill in far greater numbers than in wars), we could simply station police regularly outside car parks at drinking holes, restaurants and venues.

Motorist breath detectors were invented to stop drivers with booze on their breaths from starting their engines but how many vehicles have been fitted?

How many countries legislated to make them compulsory?

How many offered incentives to buy, as with shark detectors?

Why are do conferences – business, political, social and even medical and health summits – continue to serve booze?

Years ago, I helped arrange a series of national all-day conferences without alcohol because we didn’t think it appropriate when addressing the issue which was occupational health.

After lunch, no delegates fell asleep in their seats, debates were audience-inclusive and there was no steady flow of delegates slipping out for a pee or early departure.

There was no booze and no-one complained.

Delegates are paid to go to conferences to learn and to carry knowledge back to their organisations.

Not wined and dined and poured out onto the streets, tipsy with booze.

This opinion is not some bleeding-heart plea to ban booze. But in many situations it doesn’t make sense. Certainly not strong booze.

How many schools, youth groups, government departments, councils and holiday camps have education programs or posters about reasonable alcohol consumption?

How many weddings and other celebratory events bravely limit booze supplies and provide and promote non-alcoholic drinks?

How many office parties and celebrations are held minus the booze?

Can’t have fun without grog?

Wine contains twice the amount of alcohol as full-strength beer.

Reduced-alcohol wines have eight to nine per cent alcohol, up to 25 per cent fewer kilojoules than full-strength wine.

When will we be brave enough to promote or even legislate lower alcohol levels?

Our booze is at the strong end of the world scale so there’s wriggle-room for change.

Email info@haveagonews.com.au with Opinion in the subject line or head to our Facebook page to write your thoughts.

Readers feedback: it’s time to get serious about eating