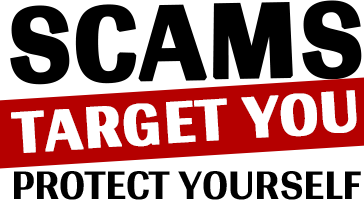 Western Australians were tricked out of more than $13.6 million by scammers in 2019, up 17 per cent from the previous year, according to figures released by WA ScamNet.

There was a surge in losses to investment scams, which again topped the list of categories in 2019. Romance scams and hacking scams continued to make the list, while online shopping and classified scams also resulted in people being duped.

Commissioner for Consumer Protection Lanie Chopping said the huge losses were a cause for concern.

“It shows fraudsters are becoming increasingly clever and professional in their deceit and finding new ways to reach potential victims,” Ms Chopping said.

“Impacts on victims can be crippling, both financially and emotionally.

“With most scams now originating online, it’s vitally important that the public exercise extreme caution and vigilance while using the internet.”

Scammers significantly escalated their scare tactics in 2019, with a 14-fold increase in people falling victim to threats by fraudsters posing as government officials, debt collectors and companies.

“These ruthless scammers pretend to be in positions of authority and create a sense of urgency, pressuring the recipient of their call to act impulsively,” the Commissioner said.

“They threaten their victims with deportation, arrest and fake emergencies, or pose as a love-interest to then blackmail their victims with threats of releasing secretly recorded intimate videos to friends, family or work colleagues.”

Losses to payment redirection, or ‘man in the middle’, scams almost doubled to $1.5 million, primarily as a result of false billing, phishing and hacking.

“These scams see legitimate payments diverted to scammers either as a result of fake invoices or bogus emails being sent requesting a change of bank account,” Ms Chopping added.

“In one example, a young man transferred a $10,000 house deposit into the wrong bank account after a scammer intercepted emails between him and a real estate agent.”

Advice to avoid becoming a victim:

· Don’t let anyone pressure you into making decisions straight-away;

· Always get a second opinion from a trusted and reliable source if someone is requesting money and you have doubts;

· Do not respond to emails, text messages and phone calls from strangers offering predictions on shares, investment tips or investment advice – always do your own research;

· Know who you’re dealing with on dating sites – watch out for profiles on social media and dating websites of scammers claiming to live in your area, but can’t meet due to travel or moving away, and never send money to someone you haven’t met in person;

· Never allow anyone to remotely log into your computer – if you receive a cold-call saying your computer or internet as a problem, it is most likely a scam;

· Take a moment to think about how an organisation is asking you to make payment – government agencies and businesses will never ask you to make a payment via gift cards.

Information and advice on scams is available on the WA ScamNet website www.scamnet.wa.gov.au. Enquiries can be made by email wascamnet@dmirs.wa.gov.au or by calling 1300 30 40 54.

Scam types and value of losses

Scam types and number of victims