Maybe war is God’s way of teaching us geography. You can no more win a war than you can win an earthquake. In a nuclear war, all men are cremated equal.

George Orwell said the quickest way to end a war was to lose it.

As two old diggers made their way to the ANZAC parade one says to the other: “was it you or your brother that got killed in New Guinea?”

Old Fred wanted to join the local Returned Servicemen’s League and they asked him if he had a war record.

“Bloody oath,” he replied; “I got Vera Lynn singing White Cliffs of Dover.”

ANZAC Day approaches and after last year’s cancellation disappointments, I’m still confused as to what will happen this year. I know our Blues Concert at Cannington is definitely not on, and I have read the dawn service at Kings Park is limited.

Of course, the legendary day will survive and maintain its position as the most important day on the calendar of two nations. Each year school teachers across the land task their students to express their views of this sacred part of history. Here is part of a poem written by a 14-year-old Joshua Dyer that was sent to me recently.

I don’t have a war record, but I did serve with the entertainment force in East Timor in 2008. Retired Major Peter Heeney organised so that he, Kevin Bloody Wilson, his daughter and I joined some musicians from the east coast to provide some light relief for the 1500 plus troops from Australia and NZ stationed in the still unstable new democracy. Entertain we did, and with flights in black hawk copters, bus rides through some very mountainous country, excitement, humour, these unique experiences exploded the memory bank.

K B Wilson and I formed a somewhat irreverent relationship with a colonel and over a cup of tea he told us a story of a young UN recruit who had left East Timor recently.

Food was scarce, meat unobtainable. The young female UN recruit on a minimum six-month stay, perused the display of home-made jams, potions, and scrawny vegetables in a shop, but her eyes were drawn to the two beautiful puppies caged in the corner. A companion she concluded, and after several minutes of deciding which puppy and price negotiations she finally pointed to her choice.

Within seconds out came a large meat cleaver, the puppy was decapitated and butchering began. According to the colonel she was so upset she decided to quit and returned to whence she came.

War is cruel; even in peacetime. As we all prepare ourselves to celebrate and remember with pride our returned service men and women, don’t forget how lucky we are to live in peace in this wonderful country. Lest We Forget.

Half a dozen blokes were working on a high rise. Lunchtime they would sit on the beam twenty storeys up and discuss things like wives, girlfriends and the contents of their lunch box. Fred says to his cobber: “mate if I get these soggy tomato sandwiches again tomorrow, I’m gunna jump.”

Unfortunately, the next day Fred’s premonition comes true and he jumps.

A week later and George is suffering with a similar problem. “I just can’t take it anymore. Every day, soggy lettuce and bloody Vegemite. Tell my wife the bloody stale sandwiches made me do it.”

Unbelievably, a couple of weeks later Berty began complaining in a similar style.

“I am so over this. It is just not fair. Surely people can do better than this. The same crap every day. No more, no more.

“With a cry of ‘Geronimo’ he leapt to certain fate.

The next day the remaining fellas were talking.

Bill says, “you know guys, I can kinda understand Fred and George’s take on things, but Berty makes his own lunch.” 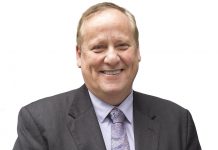 Updating your look? Don’t bin your clothes, donate them