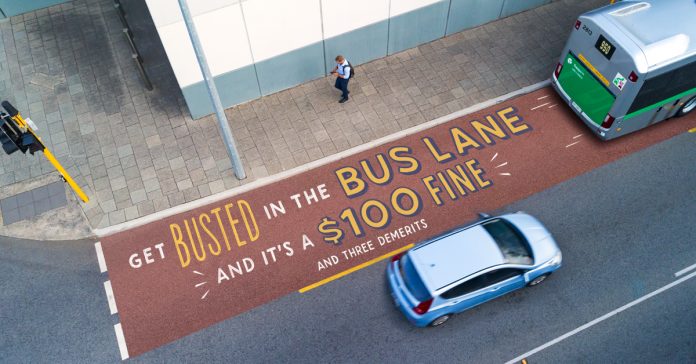 Thousands of motorists are flouting the law and driving in bus priority lanes illegally each day.

In an attempt to address this, Transperth has launched a campaign to remind motorists of the importance of keeping the bus lanes for the benefit of buses during sign-posted times.

The new campaign, which includes radio, bus stop and digital advertising, warns drivers that if they get busted in the bus lane, they’ll be hit with a fine.

In a 300-person survey undertaken as part of the campaign, 17 per cent of people admitted to driving in designated bus lanes – an offence under the Road Traffic Code, which can attract a fine of $100 and three demerit points.

“Bus lanes are designed to make bus travel as efficient as possible for Transperth passengers who are doing the right thing by using publictransport,” Mr Hynes said.

“The PTA has invested heavily in bus priority infrastructure – making existing roads work smarter, not harder – so it’s appropriate the lanes be monitored to ensure only appropriate vehicles use them.

“One bus can carry up to 100 passengers – while the average car carries one or two. That’s why it’s important buses are able to move easily in their designated lanes. 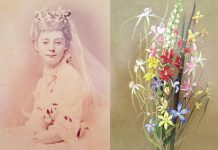 An incredible Australian mystery artist who had the magic touch 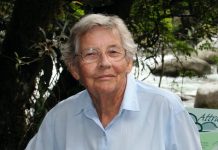 WA scientist over 90 publishes a major study of Australian marine...