In Tokyo, Richard Court feels the call of the Swan River, North Cottesloe beach and a long breakfast among the five Court brothers and their families.

Western Australia’s former Premier is living with his other ‘family’ –  40 Australian families inside the Australian Embassy compound in Japan where he is completing a four-year term as Australia’s Ambassador.

Richard, flanked by wife, Jo, has distinguished himself juggling trade and diplomatic duties while overseeing embassy staff, fitting-in with Japanese culture and confronting the pandemic crisis.

“The COVID-19 crisis affected us very directly in early February when the Diamond
Princess cruise ship was put into quarantine in Yokohama,” Richard tells me online.

“There were 230 Australians on board, 49 ended-up in more than 20 hospitals across Japan and more than 160 were evacuated from the ship and returned to Australia.”

A crisis centre was established at the embassy to oversee the evacuation and communicate with the Australians on-board.

“We supported those remaining in hospitals and it was wonderful that they were so well cared for. All recovered and returned safely to Australia. Sadly, one person who was on the assisted departure flight, later passed away in Perth.”

“Japan has a population of 126 million with greater Tokyo itself having a population of 38 million and yet across the country they had only 1,000 deaths which, relative to other countries, is low. Although they declared a State of Emergency for six weeks, they kept the economy working and life as ‘normal’ as possible.”

Richard said the Japanese, being very disciplined people, stayed at home, tele-worked, wore masks and socially-distanced. When the State of Emergency was lifted, they largely continued with these practices.

“The main difficulty for our embassy families has been around schooling; for a period it was all online. We are also missing visits from family and friends from Australia.”

Richard and Jo, who have been visiting Japan for more than three decades, quickly settled into their posting.

A decade before Richard’s appointment, the Emperor of Japan conferred high honours on him, bestowing the Order of the Rising Sun, Gold and Silver Star for exceptional contributions to the expansion of Australia-Japan relations. The Ambassador’s role was a natural fit and the embassy was accommodating.

“It is a comfortable environment and, with over 50 children, a beautiful family atmosphere. The embassy is blessed to have a large Japanese garden and excellent sporting facilities. The politeness, cleanliness, discipline and orderly structure of Japanese culture makes it a very safe, pleasant and enjoyable place to live.”

After being Premier – from 1993 to 2001 – Richard, awarded a Companion of the Order of Australia for services to WA, went on to work in oil and gas. His early life as a businessman involved food retailing and marine and boating equipment.

Coming up to 73, he keeps physically active in Japan with twice-weekly workouts in the gym plus bike riding and walking.

“It is a city that is best enjoyed by walking with a new surprise to discover around most corners,” he said.

The couple are competent enough in the Japanese language to get-by.

Having had no thought of retirement post-politics, the ex-Hale School and UWA commerce graduate says his age hasn’t been an issue, especially in Japan.

“I’m seen as a youngster here. They respect and value age and experience. Many Japanese ‘retire’ and go straight back to work as they enjoy socialising and remaining part of the team.”

“In the broader world, Ringo is still touring at 80 and Mahathir was Malaysian Prime Minister in his 90s – I attended conferences with him in Japan and he was very impressive. Warren Buffet (US investor) is also in fine form, about to turn 90.”

Richard has been far from a mere figurehead in Japan.

“As Ambassador, I lead a team that represents the Australian Government in Japan, including many Government’s agencies. The trust and respect between Japan and Australia is at an all-time high. Western Australia has particularly close links, largely, but not exclusively, related to the resources sector. The future of this relationship is very positive.

“In this role, I have enjoyed working with a team of very competent people from a younger generation who I have hopefully mentored a little, shared relevant experiences and educated them that there is more to Australia than the Melbourne, Canberra, and Sydney triangle!”

Jo and Richard are eager to catch-up with their two children and three grandchildren in Melbourne and their middle daughter, a music teacher at Bunbury Senior High School. Then there are the Court dynasty brothers.

“The five Court boys and their families have always been close. I meet with my brothers about four times a year but in recent years I have joined by phone on most occasions. I am looking forward to our next face-to-face gathering to solve all the world’s problems in a few hours over breakfast,” he said.

Richard’s term finishes at the end of October: “when we return to living in WA – a State that we love so much.”

Richard is now “looking forward to rowing again on the Canning and walking and swimming at North Cottesloe in the early morning.

“I have been blessed to have had many different and exciting careers and I hope there are a few more ‘jobs’ to come,” Richard says. 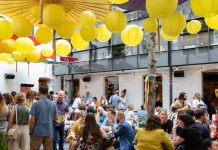 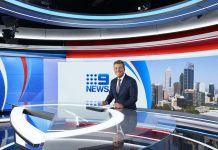