Local legend Herbie Smith celebrated his 90th birthday recently, with almost a century worth of friends at the Bayswater Hotel.

Herbie has spent his life volunteering with fire brigades and football clubs so much so that he has life memberships with the Bassendean Volunteer Fire Brigade, Swan Districts Football Club, Merredin Lodge of Renown Freemasons and the Swan District Football Club Past Members Association.

“Herbie never did things with an aim of doing it for his own wellbeing. There was always a feeling that whatever he did, he did for the benefit of others,”

Laurie was the master of ceremonies for the event, opening the morning with the first speech.

“That man has lived a life and a half,” he said.

Despite being the man of the hour, Herbie was very humble in the face of praise, and with his wife of 67 years, was more than happy to just enjoy the atmosphere.

Herb joined the Bassendean Fire Brigade on 3 March 1947, where he was the apparatus officer for two years.

He transferred to the Merredin Fire Brigade in 1962, then on to Wyalkatchem in 1977 and Bassendean in 1984 where he was captain and finally back to Merredin in 2006, where he is still a support member.

Even after 73 years of service, Herbie has no plans on hanging up his fireman’s cap.

“Herbie never did things with an aim of doing it for his own wellbeing. There was always a feeling that whatever he did, he did for the benefit of others,” Laurie said.

Nothing makes this clearer than him winning the Australian Fire Service Medal in 1995.

After Laurie Mayne, Neville Middleton took over and painted Herbie as a man who could spin a good yarn.

“Now for everyone who knows Herb he is a great storyteller. I’m not saying all his stories weren’t true. He just seems to have packed so much into those 73 years.”

As Laurie put it: “you don’t get life membership from a week of work but for years and years.”

Now Herbie lives back in Perth with his wife Lillian, near to his three children, Peter, Margaret and Kerri. At 90 years young, he looks forward to more birthdays. 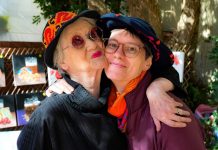 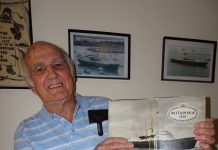 John Osborn looks back on seafaring days with Prince Philip 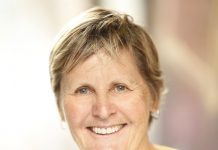 WA’s cricket advocate promotes an inclusive game for the community