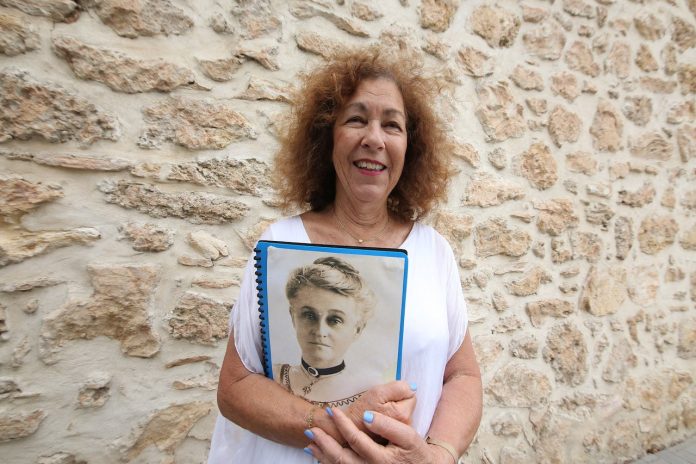 The centenary of Edith Cowan’s historic achievement, when she became Australia’s first female member of WA’s parliament, is being celebrated this year.

Edith Dircksey Cowan went where no other woman had been, winning the seat of West Perth. She was also one of the first female parliamentarians in the world.

“At the time of her election on 12 March 1921, she was 59, married with five children, and already founder and member of a diverse range of organisations,” said Hilary Silbert, founder of Edith Dircksey Cowan Commemoration.

“Edith was awarded an OBE for her work during and after World War I. She also happened to be one of our first women JPs and helped establish a much-needed Children’s Court.

“This is all from someone who was born on a farm near Geraldton and was an orphan, aged 15 in Perth.”

Hilary says we know how many women followed Edith into politics in Australia.

“After the last State election, we have achieved 100 women in WA Parliament. The number has now reached 1,000 in all Australian parliaments: State, Territory and Federal.”

This centenary year has been marked by honouring Edith at her clock tower in King’s Park. Representatives from many of the organisations she belonged to, plus Cowan cousins, left floral tributes at the site.

“The Edith Cowan Clock Tower is the most significant memorial to a woman in Australia, unveiled on the 9 June, 1934, exactly two years after Edith died.

“Significantly, a restoration program has been undertaken on the clock tower and recently it was restored to working order. A fitting tribute in a centenary year,” Hilary said.

July 28 marks 100 years since Edith’s maiden speech in Parliament. A three-week exhibition at the Grove Library in Cottesloe will tell her story.

Edith lived in the Cottesloe area from 1896 to 1912. She founded the Women’s Service Guild to raise funds for WA’s first maternity hospital while attending meetings on Stirling Highway. The building, a former dry-cleaning business, has been restored.

St George’s Cathedral pews were filled at an Evensong honouring one of the first women on the Anglican Synod. Parliament House has a foyer display and WAAPA has been commissioned to make a film to acknowledge Edith’s contribution.

Hilary points out that Edith also features at the Old Law Museum in Perth.

“Her birthday on 2 August will see another ceremony at the Edith Cowan Clock Tower,” said Hilary.

“The naming of a university after Edith in 1991 meant she is the only woman in Australia to have such an honour (there are half a dozen men honoured), but on the world scene, this is incredibly significant.

“Within the 10,000 universities in the world, there are very few named after a woman. Those that are, are usually saints or donors.

A fond farewell to John Cornell

06/08/2021
We use cookies to ensure that we give you the best experience on our website. If you continue to use this site we will assume that you are happy with it.Ok