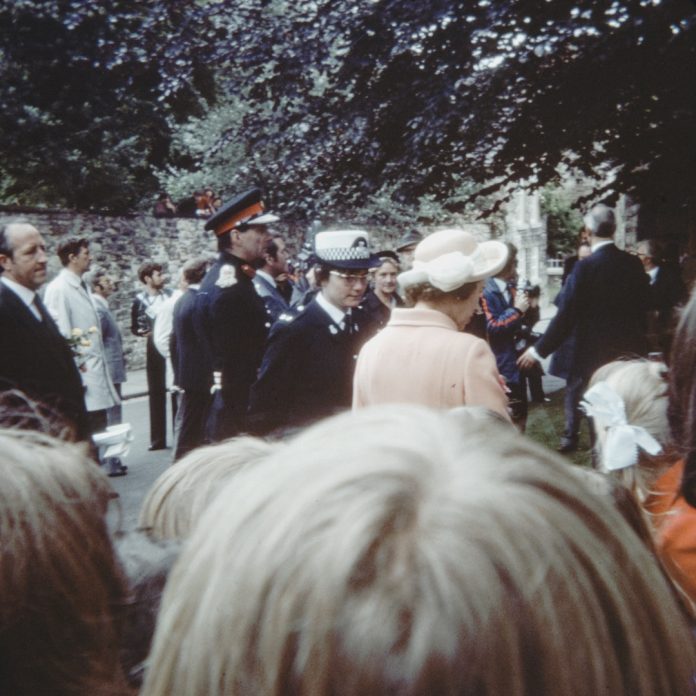 Forty-three years ago, the public was given rare insight into the inner workings of dressing the Queen.

For 30 years, with another decade to go, fashion legend Hardy Amies was on-call by Buckingham Palace to oversee what Her Majesty would wear next.

He explained it to me, while visiting Australia, in a rare interview in 1979.

“My phone would ring (at his fashion house) and it will be Her Majesty’s dresser, Mrs McDonald, and she will say: ‘You will have read, Mr Amies, that the Queen is going to Denmark. Will you ring me when you are ready?”

Mr Amies (10 years ahead of his knighthood) explained: “I see the Queen mostly when it is to do with a royal tour. There are sometimes three or four times a year and each trip entails three or four visits. I see her perhaps 12 times a year.”

Driven to the palace with his staff of four, “we would drive through the palace gates. They know me and probably know the car, too.

“In the palace, there are sitting and waiting rooms set aside for visiting tradesmen because that, after all, is what I am.”

The Queen would stand for hours at a time for fittings.

“I said to the Queen in one session at 5pm: ‘Ma’am, you’ve been standing since half past two and there are two more things to do. Would you like a rest?’

“She said: ‘No, my grandmother warned us we would have to stand a lot.’”

Mr Amies said that while fashion kept changing, the Queen stuck to her style which is that of an international lady rather than a fashion lady.

“What she considers lady-like and regal dress has not always been top fashion. Now it is more fashionable to be ladylike. I certainly would not want to change her.”

Mr Amies said the whole arrangement was professional and routine.

“There is no time for social chit-chat, but the Queen has a marvellous sense of humour.”

Mr Amies told me he enjoyed his unique, privileged life.

“I live pretty well, Concorde flights, limousines and hotel suites and I can go to the opera, the theatre or a concert any time I want. It allows me to buy flowers for my home or the garden.

His international achievements include lowering the waistline of women’s suits, placing it at the top of the hip instead of at the natural waistline, considered a more feminine look.

Hardy Amies made fashion history in 1961, staging the first men’s ready-to-wear catwalk shows, at London’s Savoy Hotel. It was also the first time that music had been played at a catwalk and that the designer accompanied models on the catwalk.

Amies and his partner for 43 years, Ken Fleetwood, a design director at Hardy Amies Ltd, were together until Fleetwood’s death in 1996. Amies died at home in 2003, aged 93.