The Donizetti Cake which originates from Bergamo, Italy is named after the city’s beloved composer Gaetano Donizetti who wrote many beloved operas including The Elixir of Love and Lucia Di Lammermoor.

Legend has it that Donizetti was suffering from a broken heart when he went to fellow composer and friend Gioachino Rossini’s house for dinner.

Rossini who was an avid foodie was saddened to see his friend in low spirits during his dinner and asked his cook to prepare something to lift his mood. The cook searched for what he had in his kitchen and added candied apricots, pineapple and maraschino to a traditional sponge recipe.

Today the Donizetti Cake is a staple in Donizetti’s home city of Bergamo and it is widely said there that a piece of Donizetti can help mend a broken heart.

To learn about other operatic inspired dishes stream West Australian Opera and Visit Perth’s Cooking with Opera series – where each week you’ll see the artistry of opera and the culinary artistry of some of Perth’s top restaurants and eateries collide. 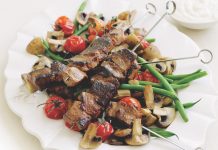 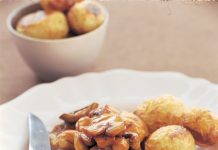 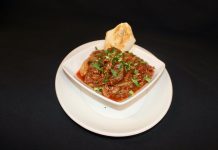 Enjoy a taste of the Mediterranean with this delicious Greek stew