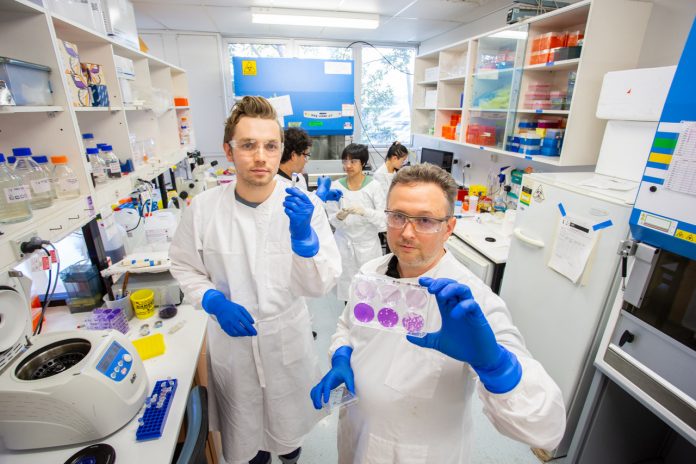 Most current vaccinations use needles and syringes. However, needles can spread infections if they are reused and many people live in fear of the pain they can cause.

Single use needles are fine, but too expensive for regular use in poorer countries. Therefore, scientists are seeking alternatives such as liquid-jet injectors, skin application, pills and nasal sprays.

University of Queensland scientists have successfully immunised mice from the Covid virus by administering a US-developed vaccine on a skin patch applied with a single, pain-free ‘click’ from a pocket-sized applicator.

The patch – a HD-MAP applicator – developed by the University of Queensland (UQ) and Vaxxas Pty Ltd has thousands of vaccine-coated micro-projections. When it is applied to the skin for a few seconds it delivers vaccines to the immune cells immediately below the skin surface.

The vaccine used in the trial was the University of Texas Hexapro vaccine. It is stable for at least 30 days at 25°C and one week at 40°C when dry coated on a patch.

“It doesn’t have the cold chain requirements of some of the current options,” said Dr David Muller from UQ’s School of Chemistry and Molecular Biosciences.

“The vaccine patch produced strong immune responses that were shown to be effective when mice were exposed to SARS-CoV-2 – the virus that causes Covid-19.

“When the Hexapro vaccine is delivered via HD-MAP applicator – rather than a needle – it produces better and faster immune responses,” he said.

“It also neutralises multiple variants (of the virus), including the Delta and Omicron variants.

“And it’s much more user-friendly than a needle – you simply ‘click’ an applicator on the skin, and 5000 microscopic projections almost-imperceptibly deliver vaccine into the skin.”

Other oral vaccines include typhoid fever, cholera, rotavirus and nasal influenza. However, oral vaccination only works with vaccines containing living organisms which can survive stomach acids and enzymes and infect the intestinal tract.

Several other vaccines, such as the Sabin oral polio vaccine, have been given via the mouth or, in the case of some ‘flu vaccines by nose spray. However, vaccines administered by this route are sometimes deactivated by enzymes in the mouth or nose,

Another needle-free method is a liquid-jet injector that produces a very narrow high-velocity vaccine jet. The liquid jets penetrate the skin and deliver the vaccine into the skin, subcutaneous tissue or the underlying muscle. Unfortunately, liquid-jet injectors cause more-frequent site reactions such as soreness, redness and swelling of the injection site, compared to needles.

Writing in Nature Reviews Immunology bioengineering professor Samir Mitragotri of Harvard University, said no one method of needle-free immunisation is superior in all circumstances. So jabs will continue to be needed for some diseases.

The University of Queensland research was published in Science Advances late last year.

Brussel sprouts every day keeps the cardiologist away

Get a wiggle on and support the heart of the nation...