A study of the health records of 3.4 million Swedes between the ages of 40 and 80 has found dog ownership leads to lower levels of cardio-vascular disease (heart) in single person households and death from all causes in the general population.

In Sweden, every person carries a unique personal identity number.

Every visit to a hospital is recorded in national databases.

Even dog ownership registration has been mandatory in Sweden since 2001.

Researchers can access this data after identifying information is deleted.

Associate Professor Tove Fall of the Department of Medical Science, Uppsala University, Sweden and his team studied whether being registered as a dog-owner was associated with cardiovascular disease or death from any cause over a 12 year period.

People with previous signs of heart disease were excluded from the study.

Dog-owners in multi-person households also had lower risk of death but less so than in single households.

“Having to look after a pet puts structure in your life. They need cleaning and feeding. Dogs bring routine and adds meaning and purpose to your life.

“It is easy to put off taking exercise on your own, but harder to put it off if your dog demands a walk.” Dogs also increase social interaction.

“When walking with a dog you make connections with people; you become an instant member of the community,” he said.

“The benefits of pet ownership depend on the person, their environment and other circumstances. For example an older a person who experiences decreased mobility, may want to think twice about owning a larger dog that requires long walks every day.

“Ask yourself is it worth the risk as you age? My aunt in her 90s has been a dog owner all her life. When her last dog died she adopted a plastic dog and looks after it in the same way as the real dog.”

Professor Fall speculated that the direct effects of dog ownership on health is by alleviating psychosocial stress factors, such as social isolation, depression and loneliness that have been linked to increased risk of coronary heart disease, cardiovascular death and all-cause mortality.

Just patting a pet can ease stress and reduce your blood pressure.

“A very interesting finding in our study was that dog ownership was especially prominent as a protective factor in persons living alone, which is a group reported previously to be at higher risk of cardiovascular disease and death than those living in a multi-person household.

“Perhaps a dog may stand in as an important family member in the single households. Other explanations include an increased well-being and social contacts or effects of the dog on the bacterial microbiome of the owner,” says Professor Fall.

The study was published in Scientific Reports in November 2017. 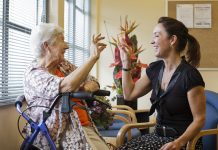 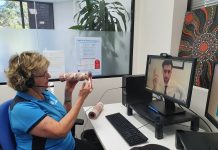 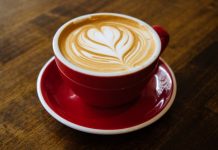