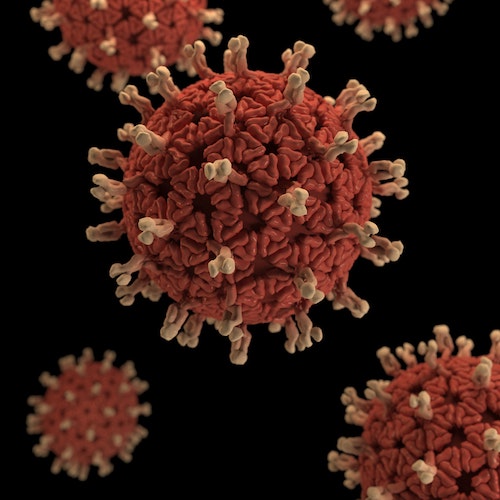 As the COVID-19 pandemic continues to spread across the globe, effective medical treatment against bacteria and viruses has never been more important. But society is running out of antibiotics.

Bacteria are becoming resistant to treatment faster than new antibiotics are being developed, causing experts to fear there could be a slower pandemic — the drug-resistant superbug.The World Health Organization, the United Nations, and the World Bank recognise drug-resistant superbugs (also known as antimicrobial resistance) as a potential public health and economic disaster.

Now, researchers from the University of South Australia, as well as collaborators from The University of Melbourne, Monash University and Australia’s national science agency, CSIRO, may have found an effective treatment to combat this health challenge.

Lead author of a new paper published in Acta Biomaterialia, UniSA Research Fellow, Dr Thomas Michl, has been researching antimicrobial polymers, an up-and-coming new class of anti-infectives that can be used as an alternative to antibiotics.

“For a long time, it was assumed that antimicrobial polymers worked the same way as antimicrobial peptides, so we put this theory to the test using high-resolution fluorescent microscopy,” Dr Michl says.

“To our surprise, instead of just attacking the cell wall of the bacterium, as is the current understanding in the field, the polymers went into the bacterium.

”Building on previous work between UniSA and CSIRO, the team worked to create polymer mimics of antimicrobial peptides — a diverse class of naturally occurring molecules that act as the first line of defense for all multicellular organisms. As peptides are easily broken down by the body, they don’t last long enough to be effective and are difficult to translate into new antibiotics, however the synthetic antimicrobial polymers can be made cheaply and easily on an industrial scale, and maintain their activity for longer periods in the body. Dr Michl says this makes them a promising lead for the development of a new type of antibiotic.

“The mechanism of how these polymers kill bacteria is more complicated than we first thought,” he says. “By understanding better how the polymers work, researchers can design them to be even more potent, opening up the potential for new and highly effective treatments for bacterial & fungal infections.

”Co-author and senior research scientist at CSIRO, Dr Katherine Locock, has already worked on translating these polymers into a novel thrush cream which may offer new hope for women who suffer from recurring thrush.

“Although vaginal thrush affects up to 75 per cent of women of reproductive age, treatment options are fairly restricted,” Dr Locock says. “There are currently only three classes of anti-fungals on the market, the last of which was discovered in the 1970s.

“It turns out it is very difficult to come up with a new anti-fungal, given how closely related human and fungal cells are.

“The fact that we’ve managed to produce a whole new type of anti-fungal that is safe and effective in models of vaginal thrush is very exciting.

“One possibility, for example, would be as an alternative to fungicide to control mildew in plants, such as in vineyards or barley crops.“Another opportunity would be in combatting microbial infection in livestock.”

All taken together, these new and exciting insights, demonstrate the potential of antimicrobial peptides and their use in combatting undesired microbes in a variety of settings.

How siblings can best share the responsibility of managing care for...