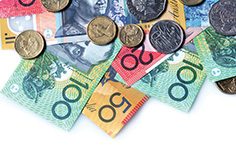 The 2019 release of a major national study measuring ‘financial consciousness’ found that Boomers’ (55 – 64 year olds) confidence and willingness to improve on their money habits is on the decline, with the age group scoring 51/100, down from 53 last year.

A lot can change in the space of a year and for the 55 – 64 year old cohort, this meant a big shift in the way they view future retirement plans, manage various expenses and maintain an annual budget.

Over a third (39 per cent) of 55 – 64-year olds admitted they were not confident in their ability to retire comfortably at 65 compared to last year. This is a jump from 2018, where less than a third (31 per cent) were sceptical of retiring at 65.

Boomers were also less inclined to turn to others for financial help and advice with a whopping 45 per cent confessing that when making significant financial decisions, they don’t consult with anyone and make their own choices. This was a 3 per cent increase from last year’s figures.

Comparethemarket.com.au General Manager of Banking, Rod Attrill said: “With a growing debate around cost of living, low wage growth and rising unemployment rates, it’s no surprise that the older generations are increasingly nervous about their ability to hold down a job and earn enough money for their retirement years.”

“We also tend to become more self-reliant with our money as we age however, this can have adverse effects as we become too involved in how we manage our own money without speaking to objective third parties or professionals who could provide a different financial perspective. This could be the difference between continuing with poor money habits or reassessing how we better control our cash flow day-to-day.”

The Financial Consciousness Index (FCI), which was commissioned by comparethemarket.com.au and developed by Deloitte Access Economics, tested around 3,000 individuals nationally to uncover their ability, willingness and sophistication to make a change to improve their financial wellbeing.

Results were weighted for a score out of 100, placing them into one of five groupings associated with different levels of financial consciousness. Scoring less than 35 placed respondents in the lowest category: ‘Don’t know what they don’t know’, whereas scoring between 35 and 45 saw them in ‘It’s a blur’. The average Aussie is deemed ‘Conscious’ by scoring between 45 and 55. Those ‘Rising up the ranks’ scored between 55 and 70, and the ‘Financially Enlightened’ scored over 70 points.

The study found that there was a strong relationship between a person’s FCI score and their age, income, gender, location, education, and whether or not they own their own home.

Interestingly, the 55 – 64 year olds scored the best marks of 51/100, while every other age demographic scored lower. However, this wasn’t reflected in their overall feelings of financial wellness as over a fifth (22 per cent) of this group disclosed that they never save any of their income after each pay cycle. This was a considerable leap from 17 per cent in 2018.

Worryingly, only 16 per cent of Boomers have an annual budget, a six per cent drop compared to 2018. A further quarter (25 per cent) admitted to not having a budget or any financial plans in place, whereas only one in five (20 per cent) were in this position last year.

“Older demographics also have an issue when it comes to putting money away for a rainy day and tracking expenses over time to make sure they are set up for the future. With a lack of confidence comes a lack of willingness to adapt to new financial behaviours and technology that could ease the pressure when it comes to dealing with bills or even debt,” Rod explains

“If those heading into their 50s can make the effort to sit down and go through the common expenses that build up over time, they can start making a real difference across their various expenditures and reduce costs. From comparing financial products, through to cancelling subscriptions or memberships, it’s these small changes that can have a big impact over time.”

“This report is a great reminder for Aussies, old and young alike, to track their financial behaviours and attitudes year on year to see if anything has changed financially or needs further improvement. By benchmarking Australian’s sentiment and perceptions around how they manage their money, we are able to gain important insights that could shape behaviours moving forward – hopefully, in a more positive direction,” Rod says.

Be careful when buying online this Black Friday

Everyone’s a winner in another scratchie scam from Malaysia (Get It...