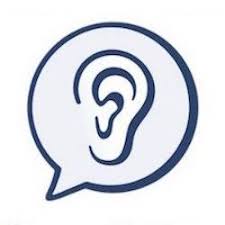 Hearing health care is not a priority for Australians, according to one of Australia’s largest surveys into hearing health.

The Campaign for Better Hearing Survey 2019 compared the average time someone with hearing problems waited before seeking medical advice. Globally it found that almost half (48 per cent) of all respondents organised a hearing test within six months, while Australians lagged well behind at just 16 per cent within the same time period.

Among the main reasons given for not addressing hearing health care issues were embarrassment, cost, wanting to ignore the signs of ageing and that hearing loss was a fact of aging and couldn’t be helped.

The survey, conducted for of this year’s World Hearing Awareness Week, took responses from 2,697 Australians across all states and territories.

It found that Australians ranked hearing tests 4th in their list of priorities behind blood pressure, blood sugar and eye testing. This is concerning due to the links with hearing loss and other health related issues.

AudioClinic and HearingLife Chief Audiologist, Mona Hemsley, said Australians must realise how important hearing checks are to their health and wellbeing.

“Although Australia is held in the highest regard globally for its universal hearing health system for seniors, this survey shows that we still have a lot more work to do to ensure Australians prioritise their hearing health,” she said.

Among other key findings were:

• 54% of Australian respondents felt embarrassed to reveal their hearing loss.

The survey was reproduced using the same format and questions from the 2019 Hearing Loss Survey Global Average Report by the Demant Group. In Australia and New Zealand it was conducted online. Participants were required to be between the ages of 19-70+ years, but otherwise did not target any specific profiles (age, health, demographics, location) in the community and were drawn from the general database managed by Demant Group in Australia. The survey results in this report reflect the responses received from 2,697 Australians. Adelaide mother-of-two Margot Albrecht, 52, is among 3.6 million people who suffer hearing problems. Her issue was compounded at home when trying to care for her two young children, particularly in the evening.

A fundamental part of The Campaign for Better Hearing is the Give Back program which makes hearing aids accessible to selected recipients. Margot is among those who has been fitted with a new hearing device under the program, will be provided on-going pre and post fitting services, and given access to personalised hearing care experts.

The Campaign for Better Hearing is an initiative of hearing health specialists AudioClinic, HearingLife, Adelaide Digital Hearing Solutions, and Western Hearing Services, with more than 400 clinics participating nationwide. The campaign raises awareness of hearing health across communities, and provides a direct way for Australians to get their hearing tested and help out someone in need in the community.

To find out more go to http://www.campaignforbetterhearing.com.au  or phone 1300 460 460 to find your local clinic.

A gene has been found that extends lifespan by ten years…