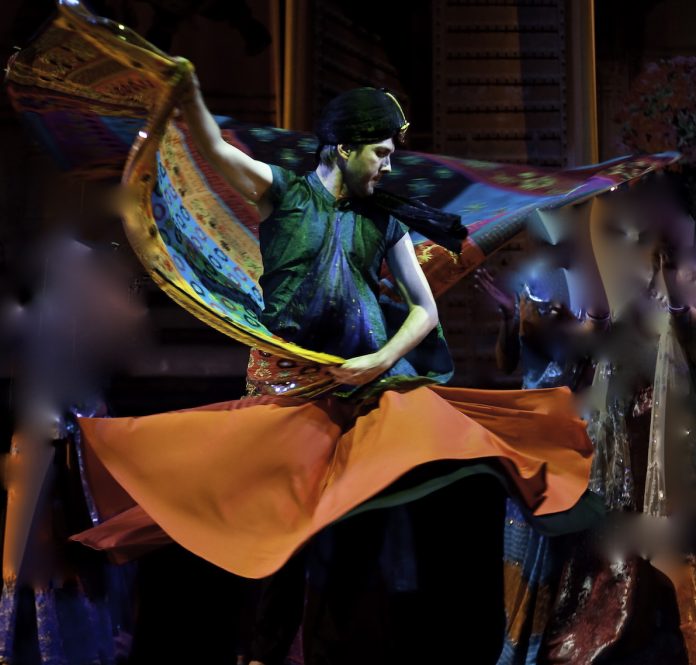 For two days at the beginning of November the Mandurah Performing Arts Centre will come alive with the  a rich tapestry of Indian arts, Bollywood film and dance, yoga, guided meditation and much more.

At the heart of Confluence is the Words on Water program, an international gathering of acclaimed writers, thinkers, and change makers coming together on one stage to engage in thoughtful debate and dialogue.

This unique celebration of literature, arts and culture is brought to Australia by Teamwork Arts India, producers of the global literary phenomenon the Jaipur Literature Festival.

Headlining Words on Water is acclaimed writer and historian William Dalrymple. One of Britain’s greatest historians, Dalrymple is the author of the classic In Xanadu, the prizewinning White Mughals and Return of a King. He is a broadcaster and TV presenter, and founder of the Jaipur Literary Festival. In his just-released ‘macro-history’, The Anarchy, Dalrymple tells the remarkable story of the rise of the first global corporate power, the East India Company, unfolding a timely cautionary tale.

Dalrymple is the special guest at an intimate Literary Boat Cruise on Wednesday 6 November. Co-hosted by Mandurah Cruises, tickets include canapes and two glasses of sparkling wine, and an audience with Dalrymple, from 4pm to 6pm. Tickets are limited, and available to purchase at https://mandurahcruises.com.au/literary-cruise/

Also featuring at Confluence and Words on Water:

• Canadian-born professor Robin Jeffrey, an expert in Indian politics and history, and author of a number of successful published works, including his co-authored Waste of a Nation: Garbage and Growth in India – a fascinating account of India’s complex relationship with garbage; and Cell Phone Nation, delving into the impact the mobile phone has had on Indian culture.

• Award-winning Indian poet Arundhathi Subramaniam. Widely translated and anthologised, her book When God is a Traveller was the Season Choice of the Poetry Book Society, shortlisted for the T.S. Eliot Prize.

• Frank Dikötter is an historian best known for The People’s Trilogy, a narrative history of China under Mao based on new archival material. His most recent book, How to be a Dictator, looks at the cult of personality in the 20th century through the careers of eight dictators.

• Paulo Lemos Horta is the author of Marvellous Thieves: Secret Authors of the Arabian Nights, Aladdin: A New Translation, a Buzzfeed Best Book of the Year, and of Cosmopolitanisms. His writing has been translated into French, Portuguese and Turkish. He is a professor at NYU and resides in Barcelona. His writing has appeared been published in the Times Literary Supplement and the LA Review of Books.

• Melizarani T. Selva is a spoken word poet venturing into prose. Her notable performances include, TEDxGateway in Mumbai and the Ubud Writers and Readers Festival. Her first book titled Taboo made the Top 10 Bestseller List on Malaysia’s number one online bookstore MPH.

• Toby Walsh is Scientia Professor of Artificial Intelligence at the UNSW Sydney, Data61 and Technical University of Berlin. He was named by The Australian newspaper as one of the ‘rock stars’ of Australia’s digital revolution.

• Omar Sakr is an award-winning Arab-Australian poet, writer and editor. His debut collection, These Wild Houses was shortlisted for the Kenneth Slessor Prize and the Judith Wright Poetry Prize. His new book is The Lost Arabs.

• John Zubrzycki’s latest book, Empire of Enchantment: The Story of Indian Magic, traces the evolution of the conjuring traditions of India from the realm of the gods to the domain of daily ritual and popular entertainment. A former deputy foreign editor at The Australian newspaper, he has worked in India as a foreign correspondent, diplomat and tour guide.

• Kim Scott’s most recent novel is Taboo. Proud to call himself Noongar, Scott is also founder and chair of the Wirlomin Noongar Language and Story Project. He is Professor of Writing in the School of Media, Creative Arts and Social Inquiry at Curtin University. As well as enjoying captivating literary and cultural discussions, guests can get their hearts pumping and spirits soaring at two free all-ages Bollywood danceworkshops on 6 and 7 November at Mandurah Performing Arts Centre. Run by Gilles

Chuyen, who has taught Bollywood dance in India, UK and South Africa for 25 years, participants will have the opportunity to experience the sheer joy and electric energy of Bollywood dance. The one-hour workshops run from 3.30pm to 4.30pm.

For those who prefer a calmer pace, Gilles will also be conducting free morning meditation and yoga workshops on 6 and 7 November from 7am to 8am. He hasbeen teaching and practicing yoga and meditation for more than 20 years, and trainedunder Gurudev of the Karmic Research Centre in New Delhi.

A series of five compelling Bollywood films will be screened at Mandurah PerformingArts Centre in the lead up to Confluence, from 27 October to 5 November.

Confluence Festival of Indian Arts in Australia is made possible thanks to a partnership between the Mandurah Performing Arts Centre, India’s Teamwork Arts, and Writing WA. It is also supported by The State Government of Western Australia through The Department of Local Government, Sport and Cultural Industries and The Department of Primary Industries and Regional Development, Visit Mandurah, Mandurah Cruises and Sebel Mandurah Hotel. 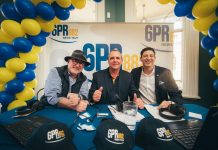 Celebrating the Day of the Dead and the pagan festival of...