Does your grandparent cook the best brownies or make the tastiest pasta sauce? Do you have a precious family recipe that has been handed down through the generations? If so, the Big Bethanie Bake Off wants to hear from you. Entries are now open to school aged children for the sixth annual Bake Off, a local cooking competition which brings Perth’s oldest and youngest chefs together to showcase their culinary skills and share magical memories of intergenerational recipe sharing.

To officially mark the 2019 Bake Off entries opening, Bethanie held a Mini Chef Bake Off, seeing four Bethanie chefs compete against each other, judged by Bethanie staff and residents. They competed for the chance to win cash prizes and the opportunity to be a VIP guest at the Big Bethanie Bake Off on 13 November, also presenting the winners with their prizes. Competing chefs were:

To take part, school aged children and Bethanie seniors must submit their unique recipes, as well as the history behind them, in the hope of being selected as one of four junior and four senior finalists to compete in the live bake-off.

Each submission is judged on creativity, nutritional value, and complexity of the recipe, along with the story behind their secret family recipe. Four juniors and four Bethanie Seniors move on to compete in a live cook off event which takes place on 13 November 2019 at Have-a-Go Day, a LiveLighter event. A carefully selected panel of expert judges will decide the overall winner at the live bake-off.

The 2018 Big Bethanie Bake Off Champion was Isabell Neill from Bethanie Kwinana Living Well Centre for her Cauliflower Mustard Pickles.Isabell surprised staff with a jar of her home-made Cauliflower Mustard Pickles earlier in the year and it was a big hit. She has made her pickles for everyone in her family since first coming across the recipe in the early 70’s and it quickly became a family favourite.

For further information on entering please contact Bethanie on 131 151. 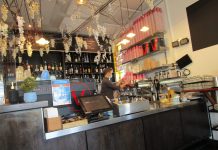 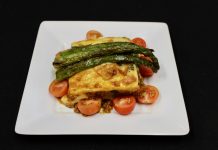 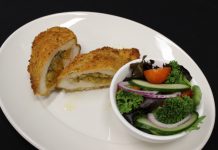