GOODBYE Christopher Robin is a whimsical and heart-warming tale about beloved children’s author AA Milne and his son, the real-life Christopher Robin, whose toys inspired the magical world of Winnie-the-Pooh.

The film gives a rare glimpse into the relationship between A A Milne (Domhnall Gleeson) and his son Christopher Robin (Will Tilston).

Along with his mother Daphne (Margot Robbie), and his nanny Olive (Kelly Macdonald), Christopher Robin and his family are swept up in the international success of the books; the enchanting tales bringing hope and comfort to England after the First World War.

But with the eyes of the world on Christopher Robin, what will the cost be to the family? Directed by Simon Curtis (Woman in Gold, My Week With Marilyn), starring Domhnall Gleeson (The Revenant, Star Wars: The Force Awakens, About Time), Margot Robbie (The Wolf of Wall Street, Suicide Squad) and Kelly Macdonald (Gosford Park, No Country For Old Men).

It is the enchanting and emotional true story of the family behind the world’s favourite bear.  In cinemas 23 November. 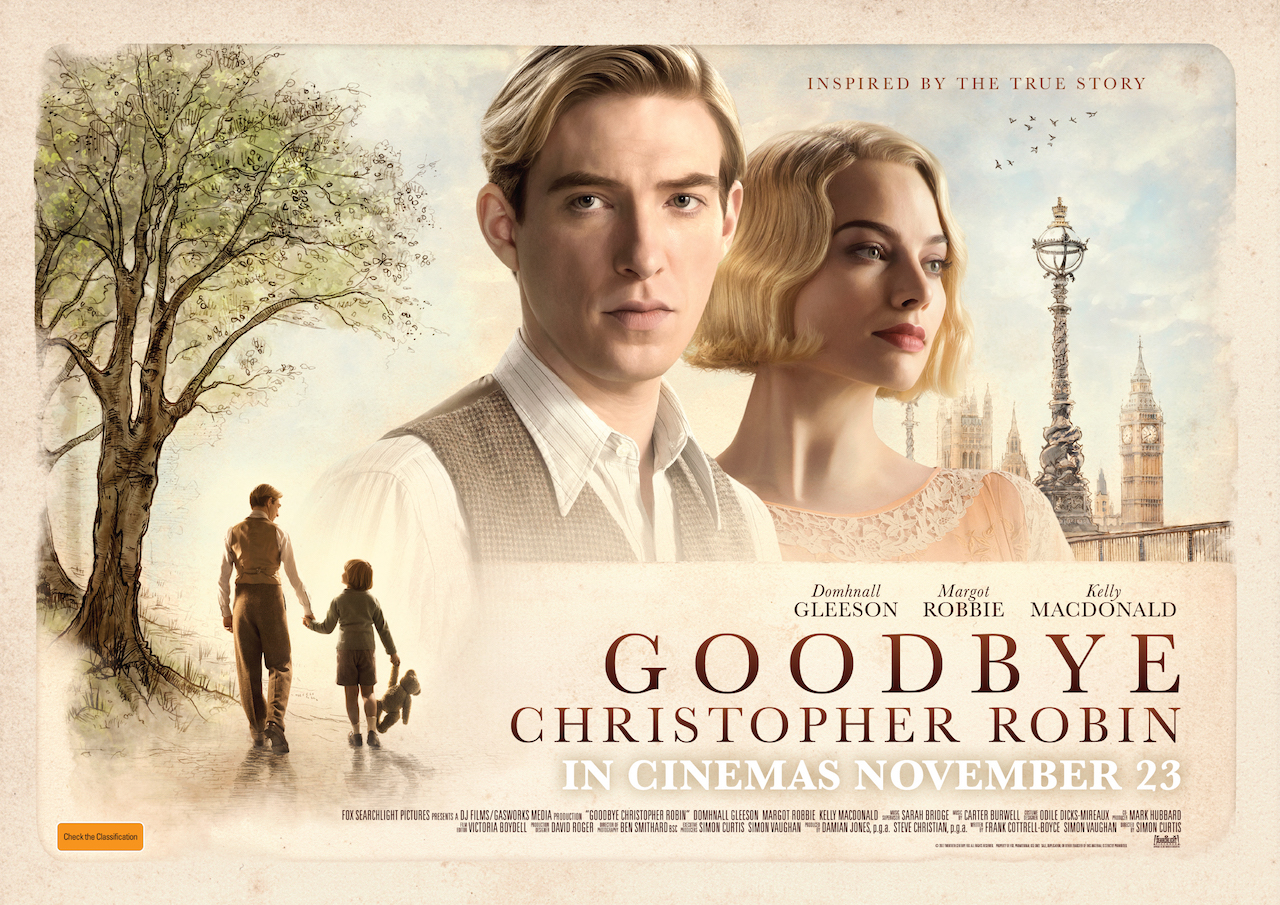 Win Win Win To be in the draw to win one of ten double passes to Goodbye Christopher Robin simply send an email to win@haveagonews.com.au or fill in the form below to  with Robin in the subject line or call the Have a Go News office during business hours on 9227 8283 closes 20/11/17.