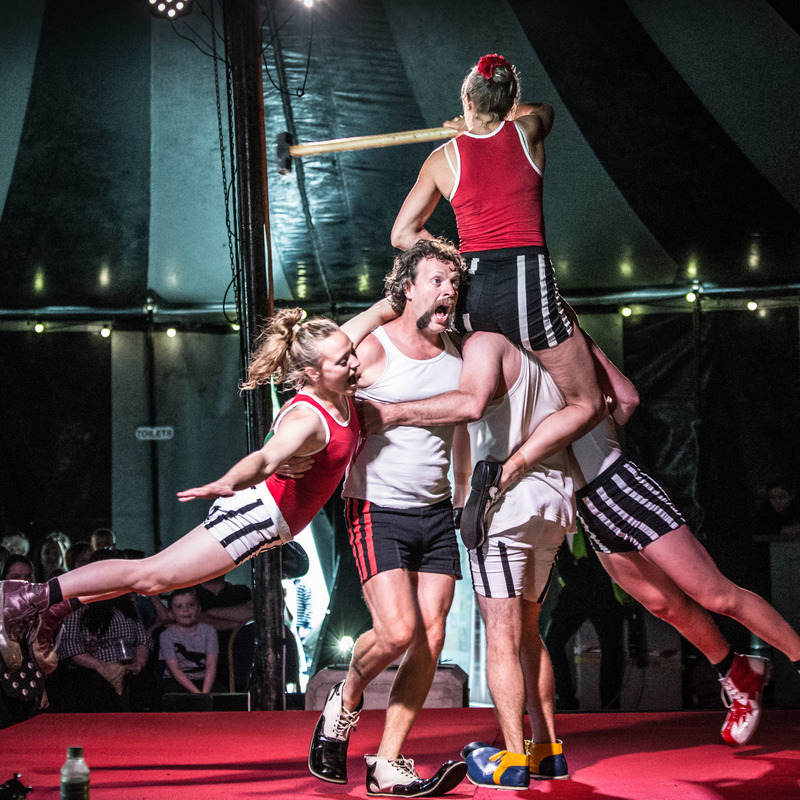 Comedy is not usually what first comes to mind when I think of circus shows at Fringe World as audiences tend to be quiet when highly skilled acrobats perform but Tumble Circus has created a satirical and slapstick comedy show and includes impressive acrobatics.

The five performers kick the show off with a fight with a sledgehammer all the while impressing the audience with their acrobatic skills. I couldn’t stop laughing as they were all wearing clown shoes which just added another level of comedy to the show.

One of the highlights for me was the tightrope walking which was more tightrope dancing and in an intimate setting such as a Fringe show it was spectacular to watch.

The performer walks and dances while things are thrown at her, the music changes, she squats, lunges and flips and really, she has little time to focus on staying on the rope, but she did… and I just kept thinking wow!

The trapeze acts were also very enjoyable with both solo and duo performances and again due to the smaller setting it really made you appreciate the performer’s skills. 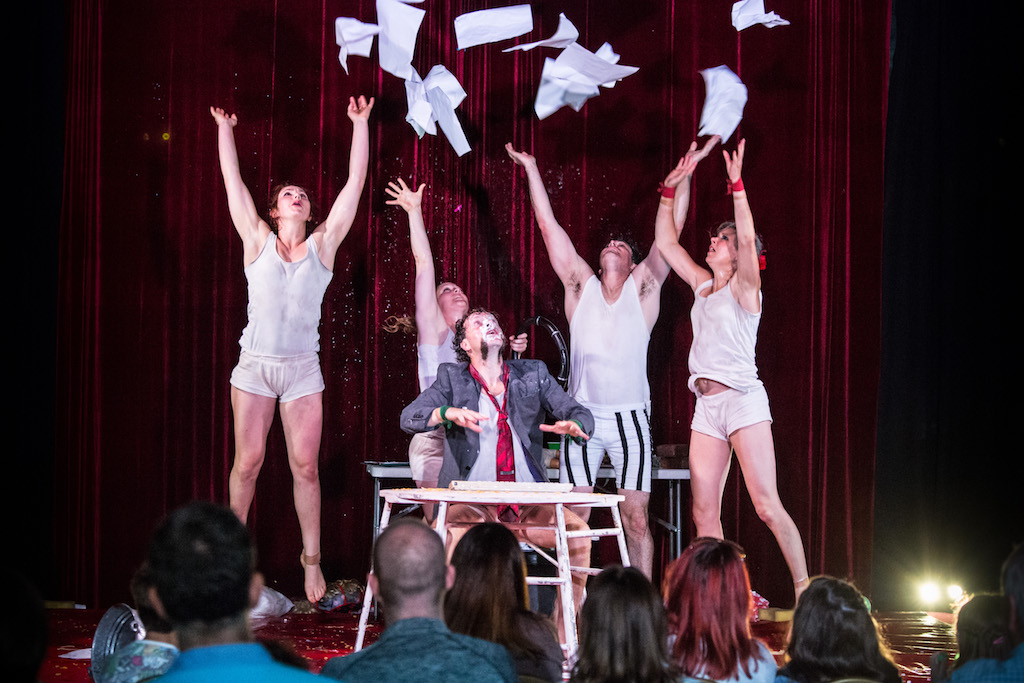 The blending of comedy, acrobatics, aerial acts along with social commentary made Unsuitable very suitable. This slapstick circus wowed the audience with their skills; one minute we were laughing and the next we were all clapping and cheering.

This circus is unlike anything else I’ve seen and if you enjoy slapstick comedy, death defying tricks and acrobatics, this is the show for you!