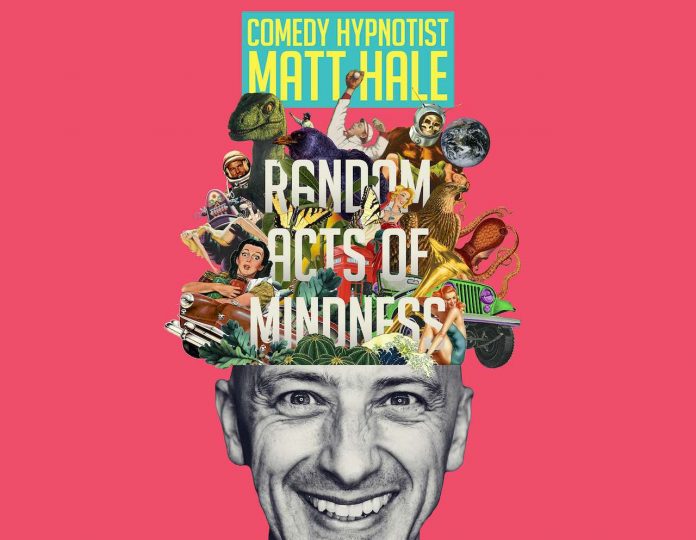 Comedy Hypnotist Matt Hale brings real hypnosis and real fun back to Fringe World 2020 with his brand-new show, RANDOM ACTS OF MINDNESS. The sell-out and award-nominated act returns for the fifth festival of his trademark fun that is right at home at Fringe World.

“I’m thrilled to be back for my fifth Fringe World festival!  After four successful and awesome seasons I know Perth audiences love to laugh, and RANDOM ACTS OF MINDNESS will crank out all the fun and feels.  My new show is completely random, but makes perfect sense!” says Matt.

International performer Matt Hale is renowned for his unique and modern brand of hypno-laughs.  Matt hypnotises his volunteers from the audience with his seemingly magical powers for hilarious (but tasteful!) consequences.

RANDOM ACTS OF MINDNESS will combine random audience participation with Matt’s spell-binding abilities to create a ridiculously fun one-hour show, suitable for all ages and tastes.  No two shows are ever the same.

The audience can enjoy the show from the stage or the audience.  Matt uses the incredible abilities of the mind to transport volunteers into a hypnotised state where they will unleash their talents, imagination and creativity in side-splitting routines.  To do this Matt utilises the power of suggestion to unlock the hidden talents of the audience.