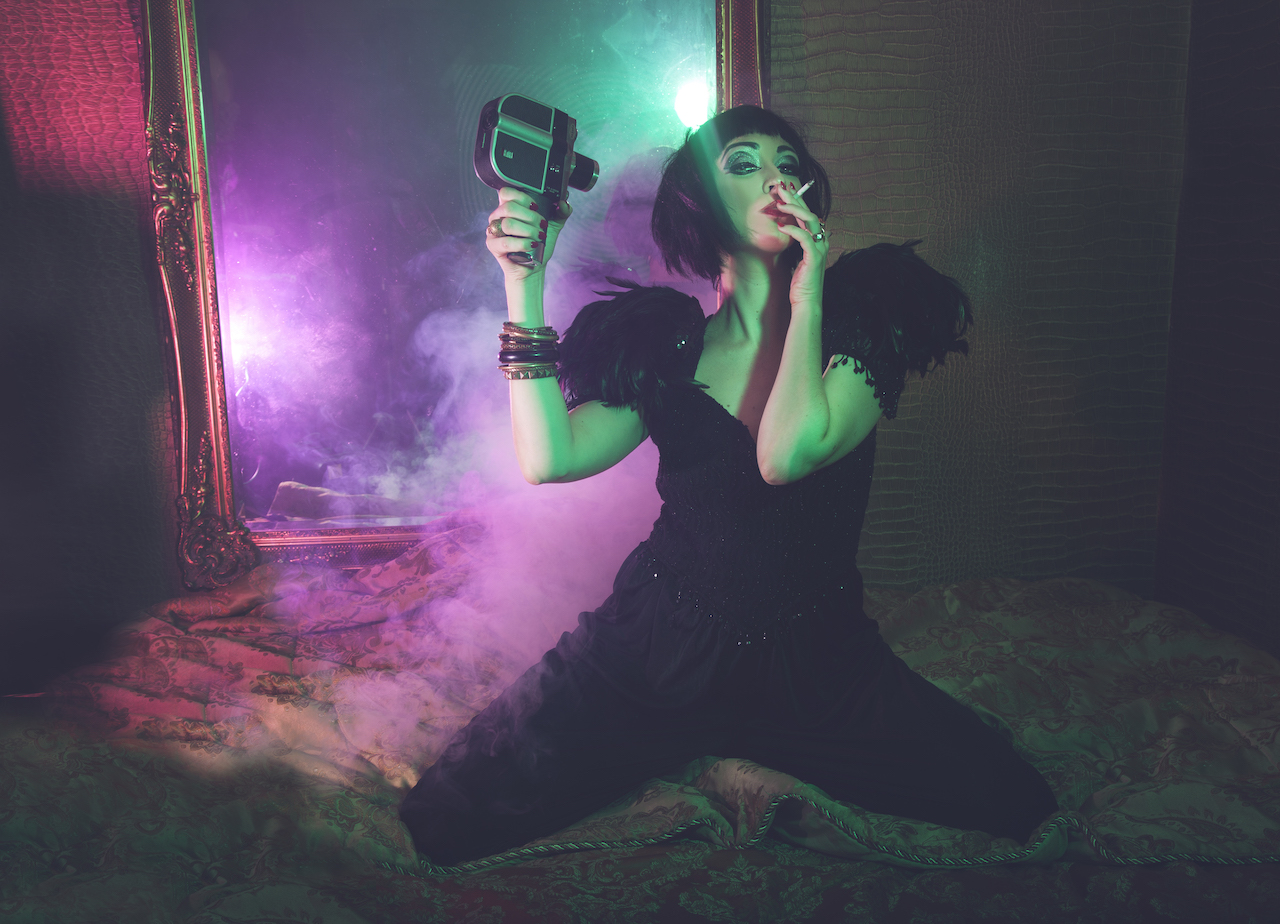 Bernie Dieter’s Little Death Club was named as one of the favourites from last year’s Fringe and the variety show returns again playing Friday and Saturday nights.

Bernie has a host of performers and offers a different line-up each week.

As the audience files in to take their seats, Bernie hands out popcorn and chats with everyone and I think this interaction is really the quintessential element of the Fringe festival.

Bernie starts the show with a song she then cheekily wanders into the audience catching the eye and the laps of a couple of unsuspecting gents who she makes carry her back to the stage.

This week the show had a skit from French nihilistic stand-up comedian Marcel Lucont who had the audience in non-stop laughter with his deadpan humour.

Another weird but entertaining snippet was Party Ghost who perform a mixture of dance and acrobatics to a vintage style recording of how to see ghosts.

Bernie takes the stage again and has us all in hysterics with her songs about online dating, dick pictures and her guilty obsession of Craigslist.

Australian bogan stripper Leah Shelton pole dances to a remix of Australian rock songs while slugging on a ‘goon’ or cask wine, she’s funny and oh so Ocker.

To finish the show this week Le Gateau Chocolat stuns the audience with renditions of Grease’s Hopelessly Devoted to You and Amy Winehouse’s Valerie.

Bernie’s caustic wit, sharp eyes, amazing voice and ability to get her ‘friends’ to perform each week creates a ‘kabarett’ show filled with hilarity, hedonism and everything in between.

Friday and Saturday nights during Fringe World at 11.15pm
De Parel Spiegeltent at The Pleasure Garden