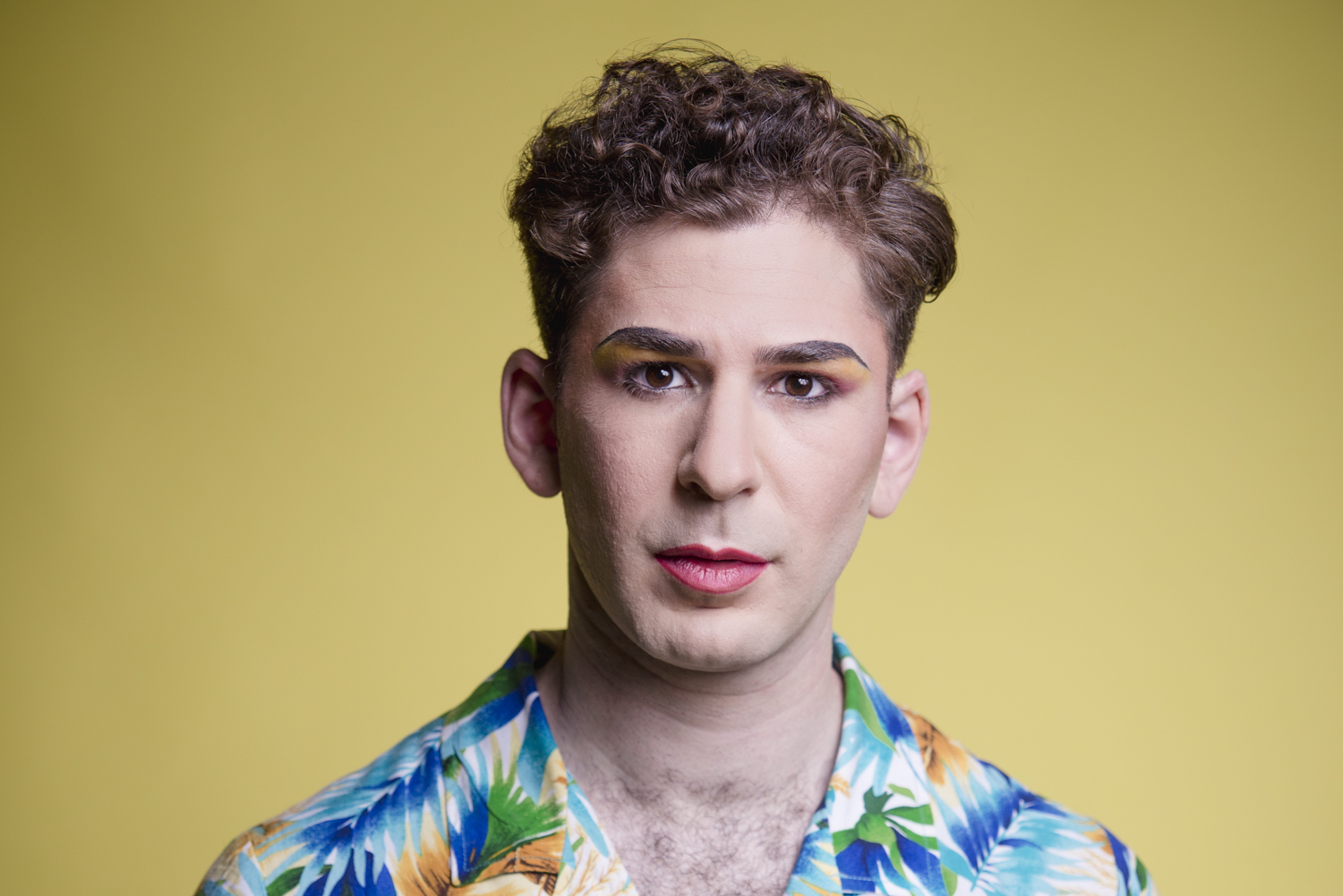 As I entered the room Josh was on stage dressed in a 70s inspired Hawaiian t-shirt and short shorts and his facial expressions communicate his excitement for the show to begin to the audience.

The show kicks off with him bringing three audience members up to join his band and they entertain us with a rendition of Smash Mouth’s Walkin’ on the Sun.

He has an amazing ability to switch characters and he snaps from a cyclist to mime artist then to comedian Wil Anderson and back to himself. At this point I was in stitches of laughter.

During the first 15 minutes of the show Josh lost one of his contacts lens on stage but as a true professional he kept the show going and even managed to combine it into the act.

Every show will be different as he relies on a lot of audience participation and I’m sure he won’t lose another contact lens again.

My favourite part of the show was the character Juan who is a Spanish popstar. Juan also featured in his first Fringe show – 99 Schnitzels, and this time we meet him as a host of a morning breakfast show.

With an incredible talent to make any situation funny and the ability to think quickly on his feet Josh has really focused on the comedy he wants to create and delivers it beautifully.

What steals the show for me is his ability to transform from character to character with just a shift in his body language. He has certainly found his niche in the huge world of comedy acts.

13-25 February at 9pm
The Palace Society at ibis Palace