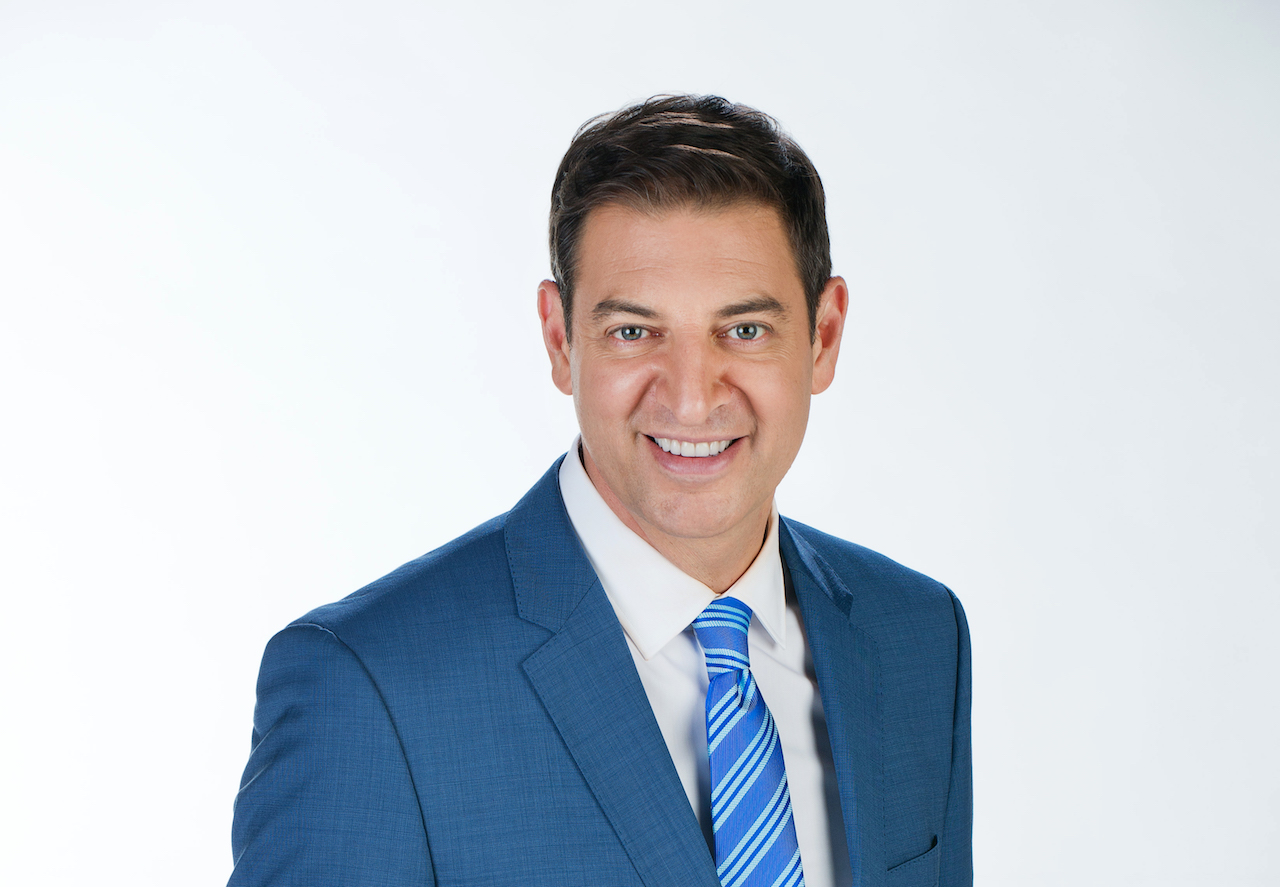 BASIL Zempilas says he has a funny name, a big nose and an unusual face. Hardly attributes for a national television presenter. But he is poised for even bigger things.

Baz has survived, prospered and now boomed in front of national TV cameras, winning over mass audiences with his personality, smooth delivery and man-next-door touch.

No-one has done it quite like Baz. And he’s truly done it his way.

“I think it’s a mistake trying to pretend you are somebody you’re not,” he says simply.

When I track him down interstate, Baz (everyone calls him Baz) is on yet another sports assignment while swatting-up on sports happenings around the world.

As Channel 7’s national sports presenter, Baz has to cover an enormous range of events that form the basis for extremely important happenings in the lives of millions – sports. He’s up there to be analysed, scrutinised and judged. How does he do it?

“I have an intense swatting period every January, for example, of tennis. And as it gets closer to the Olympics, I’ll have a different focus and, of course, there’s a football focus as we approach the season,” he says.

“I also present sports news on nightly television, so that helps keep me informed.”

Baz says he also has a thick skin and can laugh at himself.

Turning 47 in July, Baz has put in the years, the sweat and the focus. Somehow he makes it seem like a breeze.

“It helps that my hobby is also my work. Truly, I am lucky”, he says.

Baz says no-one is more supportive than Amy, his wife and mother of their three children, Ava, 7, Chloe 4 and Anthony six months.

“Every husband thinks his wife is incredible but Amy really is that and extremely capable. I was away for 10 days covering the world swimming championships last year just after Anthony’s birth and Amy was juggling a newborn and the girls and doing everything else. I really appreciate and love her for how she does that.

Baz is in and out of home every working day which begins with a 4.30am walk from his home to 6PR’s studios where he’s a breakfast radio commentator.

He gets home about 9.30am to catch-up with Amy and kids and do a couple of hours of homework before leaving for Seven’s studios.

Usually home by 7pm, Baz gets the children to bed, catching-up with their stories.

He’s away at weekends, co-hosting Weekend Sunrise and covering the things that dominate his busy life – sports.

“When I started media courses, I wasn’t desperate to become a sports journalist but when handing out assignments lecturers knew I was playing footy for West Perth would say: “Basil, you know something about sport you can cover that.

“It was probably an advantage.”

Baz was named as one of the best players in his side and noted by Eagles talent scouts.

It was Baz’s destiny. And he has made a fist of it, slipping into commentary on footy, tennis, swimming and myriad elite-level sports.

Baz’s timing was perfect, stepping into roles occupied by the legendary Dennis Cometti.

On our screens, Baz, doesn’t come across as egotistical, excessively facts-filled or intrusive in our lounge rooms.

In Basil’s media evolution, he has been able to embrace general current affairs topics as well as sports, firstly on breakfast radio and now on breakfast television.

Baz’s life is rich, professionally and personally, not least because of his proud Greek roots.

Baz’s mum, Jessie, was born on the Greek island Kastellorizo where Baz and Amy were married. Baz’s dad, Anthony, born in Perth, also has Greek heritage.

The Zempilas families regularly visit each other. Baz has two sisters, Diane, and Roslyn.

Baz, by all accounts, was a cheerful pupil at Floreat Park Primary School before attending Hale School.

After school he played footy for West Perth. He went on to Murdoch University, graduating with a Bachelor of Arts degree and a double major in Communications and English and Comparative Literature. Baz also picked-up a Graduate Diploma of Journalism.

In his final university year, Baz began reporting for the Sunday Times; working as a casual covering athletics at Perry Lakes Stadium.

He was a volunteer radio broadcaster on RTRFM, a writer for Westside Football and editor of new junior sports newspaper, Rookies Review.

In 1994 Baz became a Seven sports reporter in what’s been a 24-year marathon. Baz says it seems more like a sprint.

Baz wrote the best news story for the WA footy media awards for a story about the Melbourne Football Club being thrown out of a West Coast Eagles closed training session and twice won the Geoff Christian Medal for Excellence.

He hosted Basil’s Footy Show and took over when Cometti switched to Nine.

A Telethon regular, Baz was chosen as host on the retirement of Jeff Newman.

In the 90s Baz hosted Glory Days and he hosted and called Perth Wildcats home games. He also hosted magazine program Time Out. In 2001 Baz hosted Perth at Five with Yvette Mooney.

Master of ceremonies at the Melbourne Cup, he has hosted WA Sports Star of the Year Award since 2001. Baz is a member of both West Coast and Fremantle.

In 2004, a portrait of Baz by Perth artist Melinda Mackay was entered in the Archibald Prize. In the same year he featured in Cleo’s 50 Most Eligible Bachelors.

Yes, Baz has made it. And he’s deeply rooted in Perth. But can it last? Would he leave Perth for an even greater television role that, likely, is ahead?

“I love Perth. We’d be happy to spend the rest of our lives in Perth. Would I look at something much bigger outside of WA? All I can say is who knows what might happen? I’ll just keep going. I’ll just be me,” he said.

One last show and then it’s time to hang up the...