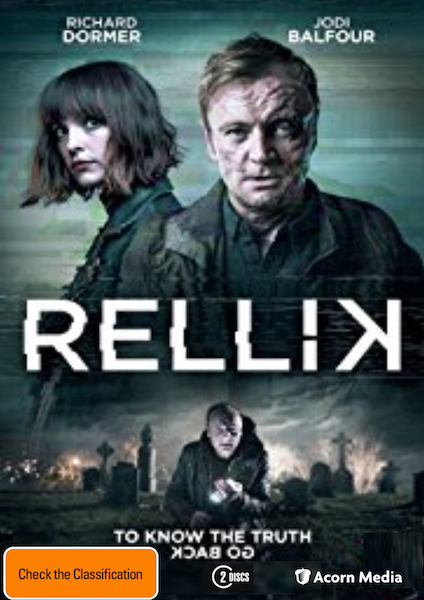 FROM the makers behind the hugely popular series The Missing and starring Richard Dormer (Game of Thrones) and Jodi Balfour (The Crown). Rellik is a gritty British crime drama produced by the BBC and told completely backwards.

Starting at the end, with a prime suspect caught, the series moves backwards in time through the string of gruesome murders, gradually unravelling the truth.

Enigmatic, unrelenting and charismatic, we follow DCI Gabriel Markham as he is propelled in an obsessive hunt for a serial killer who left a mark on him both physically and mentally.

As the clock ticks back, and Gabriel’s personal and professional lives unfurl, we explore the painful psychology of a man disfigured, while the shockwaves from the crime ripple out in reverse.

10 lucky readers have the chance to win a copy of Rellik UK Series 1.
To be in the draw, simply fill in the form below with Rellik in the subject line or write to Rellik c/- Have a Go News PO Box 1042 West Leederville 6901. Competition closes 28/2/18.