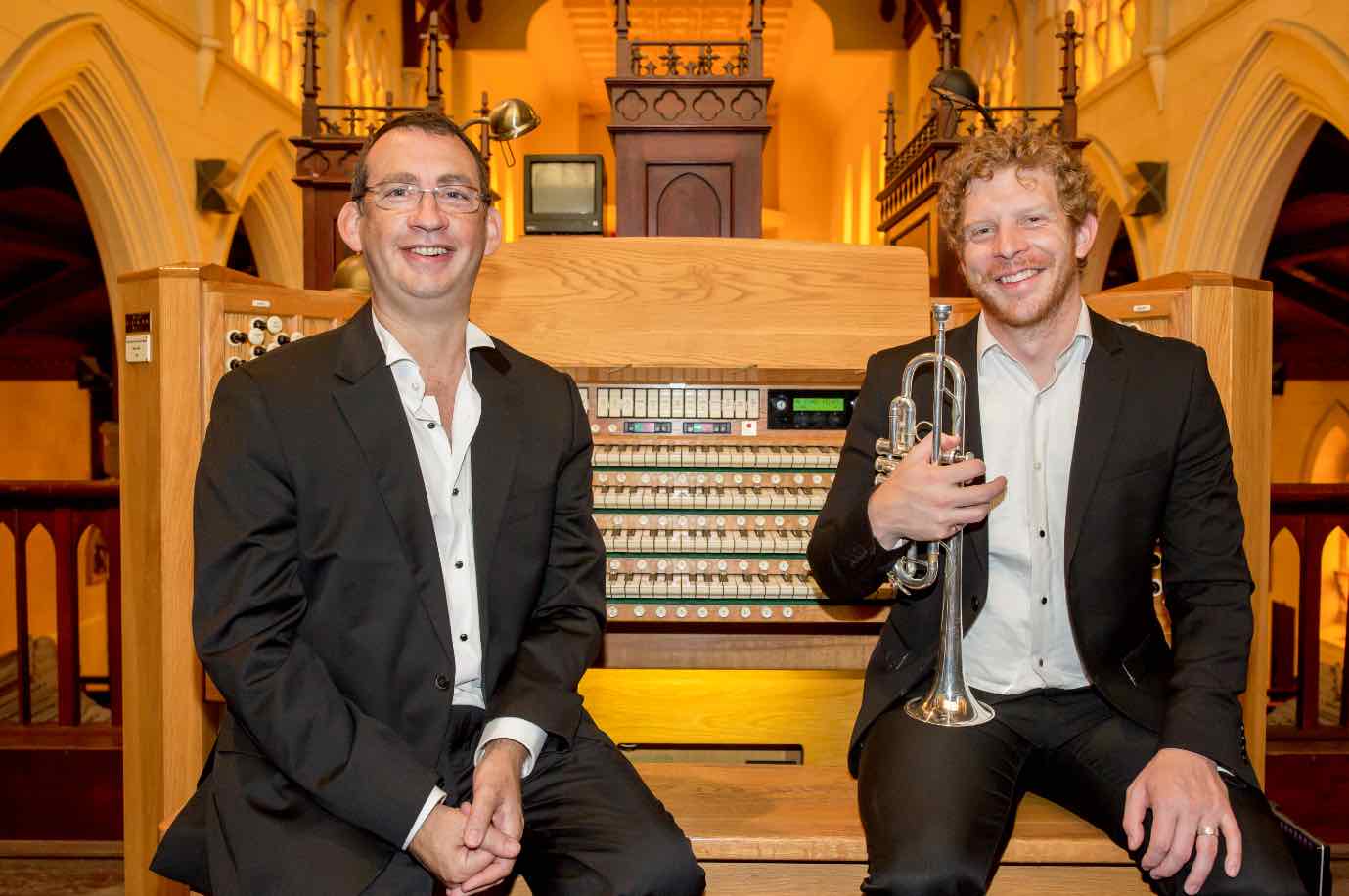 For the Fallen will commemorate and honour the 100th anniversary of the World War I Armistice in a concert of evocative poetry and music on Remembrance Day; Sunday 11 November.

Supported by Perth Legacy, the final Pipe Organ Plus concert for 2018 was inspired by James Hagan’s desire to recite war poems accompanied by music.

The concert will open with a wreath laying ceremony by Perth Legacy and The Last Post by trumpeter Brent Grapes.

“The poetry and music reflections for this concert are drawn from many countries to show that no matter where we come from, the effects of war are universal,” Dominic said.

The concert will open dramatically with a performance of The Hollow
Men (Vincent Persichetti) by Brent Grapes (trumpet) and Dominic Perissinotto (pipe organ).

Originally written for trumpet and orchestra, the music is an evocative response to the poem of the same name by T S Eliot which will then be read by James Hagan.

After the interval the performers will resume their tribute to the anniversary with readings by Walt Whitman, Giuseppe Ungaretti, Anna Akhmatova, Vance Palmer and Laurence Binyon.

The program will be interspersed with the music of Paul Hindemith, Marco Bossi, Johannes Brahms, and the final piece by Brenton Broadstock – At the Going Down of the Sun featuring the pipe organ and trumpet.

This final dramatic composition by Broadstock was commissioned for Dominic in 1994. The work takes its inspiration from the Returned and Services League Burial Ritual and features trumpet and pipe organ with trumpet passages reminiscent of The Last Post.

The concert will be held at the Basilica of St Patrick, (corner Parry and Adelaide Streets, Fremantle) on 11 November at 2.30pm.

Tickets are available at the door (credit card and cash) standard $40; concession $35; under 18 $20 or www.trybooking.com/TATI

We have four double passes to giveaway to this concert for some lucky readers.

To be in the draw simply fill in the form below or write to Pipe Organ Plus competition c/- Have a Go News PO Box 1042, West Leederville 6901.

Welcome to the Underground, the dark heart of Paris – a...