SET at the dawn of time when prehistoric creatures roamed the earth, Early Man tells the story of courageous caveman Dug (Eddie Redmayne) and his sidekick Hognob who, together with their fearless new friend Goona (Maisie Williams), must unite their stone age tribe against the mighty bronze age enemy, Lord Nooth (Tom Hiddleston).

The film will take audiences on an extraordinary journey into an exciting new world, unleashing an unforgettable tribe of unique and funny new characters voiced by an all-star British cast. 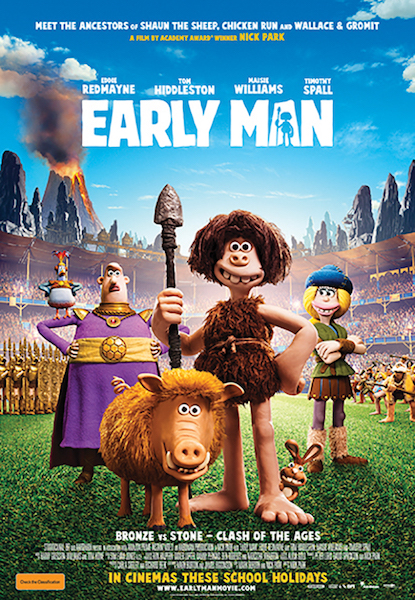 Thanks to Studiocanal Australia we have five double passes to giveaway to readers.
To be in the draw simply fill in the for below with Early in the subject line or write to Early Man c/- Have a Go News PO Box 1042, West Leederville 6901.