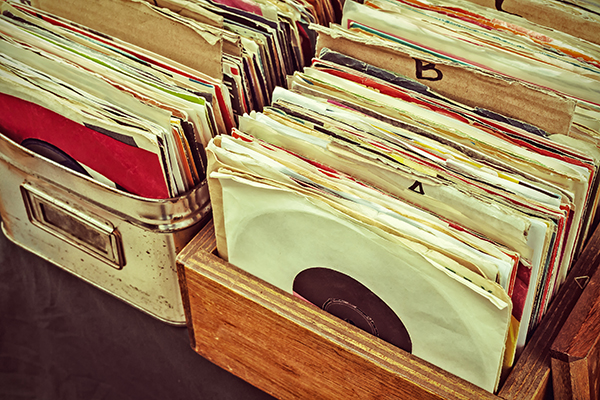 IT is difficult now to imagine a time when you couldn’t record important information for replaying at a later date.

But looking back at the time before sounds were recorded makes interesting history.

What did Edison achieve with the phonograph that had eluded so many others?

Even before the ninth century, music boxes using cylinders provided entertainment and enjoyment.

Around then the Banu Musa brothers advanced the technology with their hydro-powered organ using selected interchangeable cylinders.

In the 13th century many automatons began to appear. There were able to imitate human sounds but not capture them for later reproduction.

In the 18th century Wolfgang von Kempelen created a manually operated speaking machine, a version of this is in the musical instruments section of the Deutsches Museum in Munich.

By the 19th century Joseph Faber had built a talking machine which was shown in Philadelphia in 1845 and London in 1846.

Sixteen piano-like keys produced sounds by which every word in all European languages could be produced.

These automatons required a human to play the keys, each of which were set to certain sounds.

Experienced players could mimic speech, but not repeat them as we would play a record today.

In the late 19th century and into the 20th century the features needed for recording were established.

Abbé Lenoir thought outside the square and constructed an apparatus with a stylus that was made to travel along smoked glass, thus leaving a recording trail on the glass.

This did not allow the sound to be played back, but a scrutiny of tests enabled distinct letters (a,b,c, etc.) to be indentified in the trace.

On 25 March, 1857, Leon Scott entered the French Patents Office and was granted patent #17,897/31.470 for a device named the Phonautograph (sound-writer) which was theoretically able to record voices and sound.

Leon Scott died in 1879, unaware of his partial success in sound recording technology. Scott’s cylinder recordings were recently re-discovered, and with the skill of digital remastering can now be heard.

What did Edison have or do that Leon Scott didn’t? He started where others left off.

On 29 November 1877 he turned the handle of his newly designed tin-foil cylinder recording machine, and said: “Mary had a little lamb”.

After some adjustments he again turned the handle. All present were astounded and thrilled to hear Edison’s voice repeat his words from the machine.

Edison had proved his principle. But why was this talking machine not acceptable to the public?

Tinfoil could easily be put on the cylinder incorrectly and be torn and replacing it in exactly the same place for rehearing was difficult.

And this was why Edison’s first recordings couldn’t be reused or copied. His staff were now given the job of making the machine practical and acceptable to the public.

Some 10 years later they were able to present Edison with the perfected cylinder recording and play back phonograph.

A cylinder has consistent speed along its length. However with a seven inch disk, spinning at 45 rpm, the stylus travels on the groove about 120mm per second faster than on the inner groove.

Now this brings us to a point in time in which many exciting developments took place and amazing changes to history and the social scene become evident.

Richard Rennie and I, John Boughton, are working to assist people to preserve significant recordings.

This is being achieved by people lending us their important recordings of all sorts which we then burn onto CDs, by using up-to-date equipment and return (with a copy) to the lender.

If you have any old records or recordings please contact either Richard or me for further details.

Do not attempt any cleaning of your record as this may permanently damage it. Cleaning records will be discussed in a later article.

Contact Richard Rennie at science@lightandsound.net.au or john.boughton@bigpond.com.au for further information.

Reliving songs from yesteryear with The Honey B’s