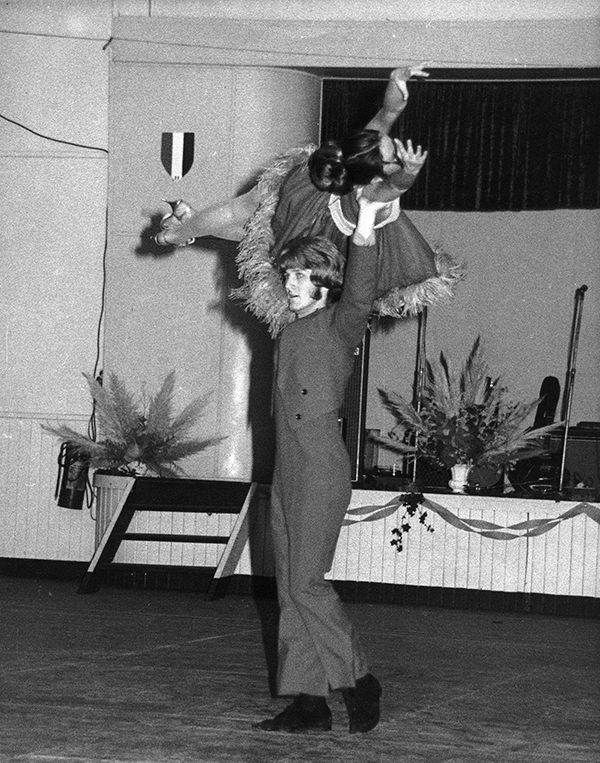 BUNBURY born Barry White started dancing at 15 with Clive and Anne Dorney at their local studio. Born in Collie on Christmas Eve 1947 Barry’s teenage dance ambitions turned into a lifelong love affair with dance which took him to illustrious heights.

Barry worked through his exams, partnered by Nancy Norris and Pam Gatley for his star medals and was only 17 when he started dancing competitively with Lennie Hood.

Competing all over WA, especially Bunbury, Albany and Geraldton, Barry fondly remembers how regular competitions were held at Canterbury Court ballroom on Monday nights. He and Lennie would finish school or work on Monday afternoon, jump in the car and drive up to Perth, compete and then drive back to Bunbury for commitments the next day.

Road trips seemed the flavour of Barry’s competitive dancing with convoys of vehicles travelling every year from WA across the dirt and gravel Nullarbor to compete in the eastern states, including at the 1965 and 1966 South Pacific and Australian championships.

After six years as an amateur competitor, Barry and Lennie decide to turn professional, teaching with Ken and Nancy Norris and studying under Derek Gatley, Gwen Johnson and Ailsa Miller with the AID (Australian Institute of Dancing), then Daele Fraser with WADMA (WA Dance Masters Association, now Dance Masters International) and examined by Robert Wrightson and Kay Gilkison.

The couple continued to compete, now in the professional field, and in the exhibition category, training under one of Barry’s favourite coaches, the late Ron Barker. Barry recalls how daunting it was to walk onto the floor with the likes of champions Len and Pam Humphreys and Barry and Cheryl Wrightson.

But it was mainly the experience of working with and competing against leading dance identities that equipped Barry to open his own school in Bunbury, the Bunbury Dance Studio, in 1974. He remembers how hard his mother worked at the school, running the coffee shop and manning the office. Barry also pays tribute to the late Robert Wrightson, a mentor in dance and the intricacies of the dance business industry.

In the 24 years he ran the school, Barry helped train numerous champion dancers including Graeme Welsh and Vicky Parkes, who he took to New Zealand in 1977, proudly watching them take the South Pacific adult Latin championship title.

Barry also watched John Strawn and Amanda Brian, who he had taught and trained since they started, win the juvenile titles in ballroom, Latin and new vogue in the Closed Australian championships at the world championships at Perth Entertainment Centre in 1980.

Barry also expanded his school to the Perth city area, when he opened a branch of his school in Piccadilly Arcade, formerly Winnie Wright’s ballroom which he continued for four years.

He sold his Bunbury school in 1998 to Stephan Whiteside, who continues it today. Barry had a change of career, opening a bed and breakfast hotel in Fremantle which he has run for 12 years. He became a major sponsor of the dance industry in WA, helping the WA Open Dancesport championships and holding naming rights sponsorship for three years, sponsoring the 2014 ADS Night Of Stars and other events.

Apart from his executive roles, Barry continues to be active as an adjudicator and examiner in WA and nationally. He has also judged at international events in Singapore, Penang and Malaysia, coaching many international couples.

Barry was recognised for his contribution to the industry by DMIA with a life membership in 1996.

Barry says he is proud to be involved in such a diverse and colourful industry.

If anyone in the Perth dance scene has historic photos and information for Adam Penn’s ongoing
dance series, please contact Adam at tophat97@optusnet.com.au
or on mobile 0412 361 917. 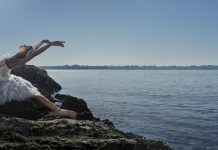 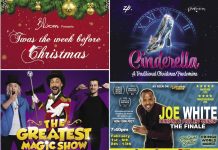