As part of The Bell Towers proud community program, they will be offering FREE admission for all Fathers, Dads, el Padre’s, Cha, Pere, Vater, and Papa’s on Father’s Day, Sunday 3 September 2017.

Founded more than 100 years ago in Spokane Washington by Sonora Smart Dodd (often referred to as the “Mother of Father’s Day”), this special day is now celebrated from Antigua to Zimbabwe in over 50 countries around the world, including Western Australia.

When 16 year-old Sonora’s mother died in 1898, her Father William Jackson Smart was left to raise Sonora and her five younger brothers on a remote farm in Eastern Washington. Sonora had deep respect and admiration for her Father and in 1909 when she heard a Mother’s Day sermon at her local church; she was inspired to propose that Father’s receive equal recognition.

In WA, to celebrate and honour father’s, fatherhood, paternal bonds and the influence of Father’s in society, The Bell Tower will welcome all Fathers on their special day by offering them FREE ENTRY and the chance to win a great prize. 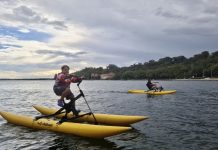 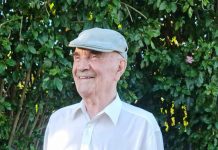 Dissolution and regeneration of works gives pause to audiences